New Video: Run the Jewels - Get It

From their acclaimed and deservedly so self-titled album (still FREE!), here's Run the Jewels with "Get It." Not particularly safe for work... Also not safe for hip-hop haters.

Get It from Run The Jewels on Myspace.
The latest nonsense from Farcer at 1:30 PM 1 complaints 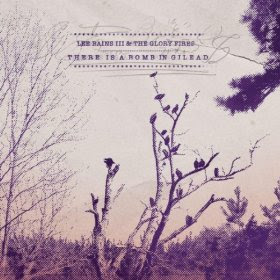 1. Lee Bains III & The Glory Fires - There is a Bomb in Gilead
A first-half-of-the-year release unfairly hurts some albums on these year-end lists. That wasn't the case for this year's #1 album, There is a Bomb in Gilead. From my May review:
"The forthright Lee Bains III and The Glory Fires emerges onto the scene already
a full-fledged force to be reckoned with on this fantastic debut.
Mixing garage rock, country soul and southern swagger into an effortlessly authentic blend, Lee and the boys give a spirited go at every style across 11 spotless tracks. From the driving exploration of faith on album opener "Ain't No Stranger," through the sin, searching and nostalgia of the middle to the hymn-inspired closing title track, there isn't a weak point on the album." 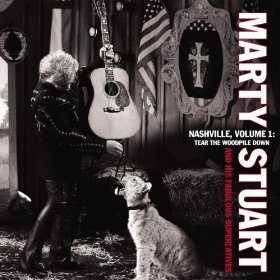 2. Marty Stuart - Nashville, Vol. 1 Tear The Woodpile Down
Standout tracks: Sundown in Nashville, Picture From Life's Other Side (with Hank III) 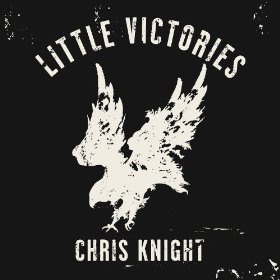 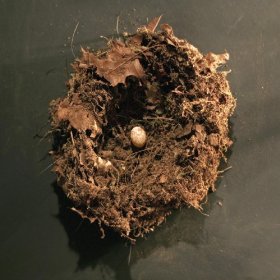 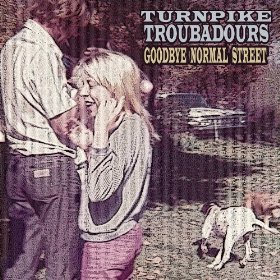 5. Turnpike Troubadours - Goodbye Normal Street
Does this band have a signature sound, or what? Turnpike Troubadours are (is?) distinctive, vibrant and unique (so unique in fact, that I used two synonyms for that word in the same description). Disregard my haphazard writing and just know that they've come into their own on Goodbye Normal Street.
Songwriting doesn't get much better in this day and age.
Standout tracks: Good Lord Lorrie, Empty as a Drum, Gin, Smoke, Lies 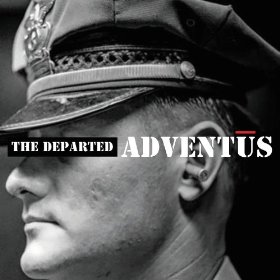 6. The Departed - Adventus
From Kelcy's November review (note - we'll also post Kelcy's favorite albums of '12 later on,
so I should probably do my own write-up here, but I'm lazy)
"In summary, if you're a fan of anything that Cody Canada, Seth James, Jeremy Plato, Steve Littleton or have done in the past you will love this album.  If you're a fan of good bluesy rock n roll you will love this album.  Shoot, if you're just a fan of good music with some substance, you need to pick up a copy.  So get Adventus & celebrate the true Arrival of The Departed on the scene."
Standout tracks: Prayer for the Lonely, Set It Free, Sweet Lord 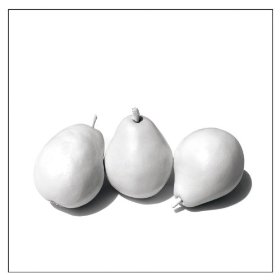 7. Dwight Yoakam - 3 Pears
A true comeback album, 3 Pears finds the country legend mixing rock, soul, country and his undying swagger into a welcome set of memorable songs that will never get played on Clearchannel radio.
Standout tracks: It's Never Alright, A Heart Like Mine, Rock It All Away 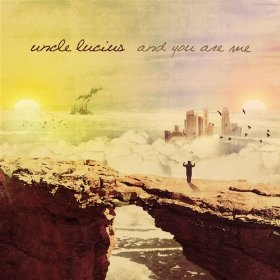 8. Uncle Lucius - And You Are Me
Standout tracks: Pocket Full of Misery, Rosalia 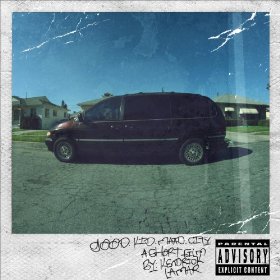 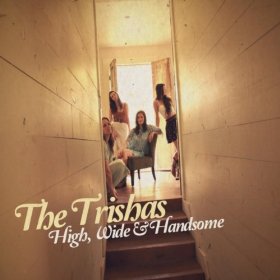 10. The Trishas - High, Wide and Handsome
Real country is alive and well. The Trishas are proof. The vocals and harmonies are beyond reproach. The songwriting is the thing for me though. High, Wide and Handsome shows Nashville how to write a hooky, lyrically clever song without leaning on cliches and marketing. The Trishas are no one-note act - they give us a portrait of strength on the album, but they also give us vulnerability. In other words, reality.
Standout tracks: Over Forgiving You, Mother of Invention, The Fool 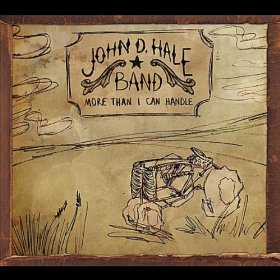 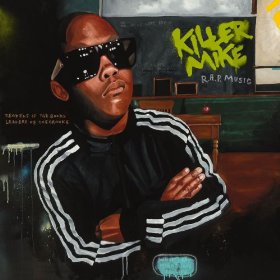 12. Killer Mike - R.A.P. Music
I want to personally thank Killer Mike for relighting my fire for hip-hop. Obviously, I focus mostly on alt-country and rock, but I've been a rap fan since the late 80's. I just thought intelligent, fiery, well-crafted hip-hop was a thing of the past. (Obviously there's a whole rap underground that I'm discounting with that statement, but there are only so many hours in the day for listening to music.) R.A.P. Music is a bold statement, both lyrically and sonically. Producer EL-P (whose own album is further down this list) provides a brutal, old-school-leaning bed for the rhymes. Mike flows like he actually cares about what he's saying. He's clearly a real person - in one verse he's cursing the political system; in the next he's praising his family. There's little talk of bling and booty on this record....because real people don't have to dwell on generalities and boasts when they discuss life. Killer Mike is as real as it gets.
Standout tracks: Big Beast, Reagan, Butane 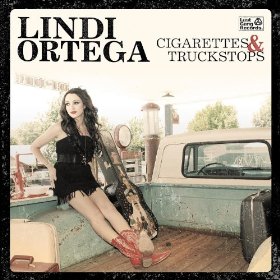 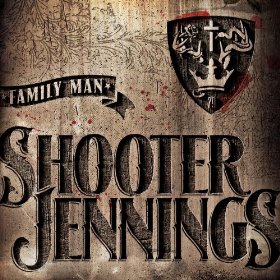 14. Shooter Jennings - Family Man
The indie-country Svengali delivers his most consistent album to date with Family Man.
It's a cohesive, passionate look at (mostly) the everyman side of country music royalty.
On these very pages, I once dismissed Shooter's music, voice and image but no longer...
so long as he continues to deliver music this engaging and tuneful.
Standout tracks: The Long Road Ahead, Daddy's Hands 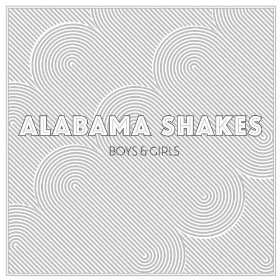 15. Alabama Shakes - Boys & Girls
The indie world buzzed and bowed for this band from ...duh, Alabama, as soon as their EP hit the scene in 2011. That hype turned a lot of people off or built up their expectations far too high, but for me, Boys & Girls was a delivery on the promise of that Extended Play. Throw some Muscle Shoals soul, New York garage rock and folk sensibility into a blender and the Shakes are what results. It's more than that, though. Their songwriting is strong, their musical chops are exciting and Britanny Howard's voice is a thing of beauty.
I can't wait to see where they go from here.
Standout tracks: Hold On, Heartbreaker, I Ain't the Same 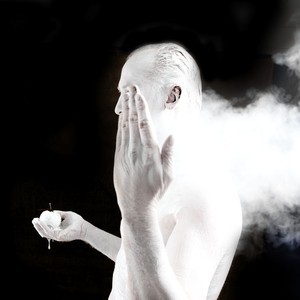 19. Matt King - Apples and Orphans
Like Shooter Jennings, Matt King was an artist I once didn't "get." Given time with his music however, I've changed my tune. Matt is a country singer with a very distinct vision. He also has a signature sound. That's rare in this day and age. Apples and Orphans is full of wit and anger in equal amounts. While politics and the environment are common themes, Matt explores these themes with an old-timey aesthetic and warm approach that never seems preachy, even when it is. His music is at times experimental, steampunk (whatever that means), ragtime or pure country. It's always passionate.
Standout tracks: Back to Baltimore, Jasmine and Gypsies

20. Lucero - Women and Work
The latest nonsense from Trailer at 11:45 AM 0 complaints 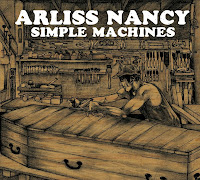 1. Lee Bains III and the Glory Fires - Ain't No Stranger

3. Shooter Jennings - The Long Road Ahead

(1 song per artist)
*Based on iTunes plays count, not favorite songs
The latest nonsense from Farcer at 4:00 PM 0 complaints

Best Albums of 2012 So Far: September

New to the chart this month: The Pollies, Chris Knight, Uncle Lucius and the John D. Hale Band.

1. Lee Bains III & The Glory Fires - There is a Bomb in Gilead 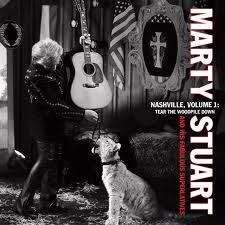 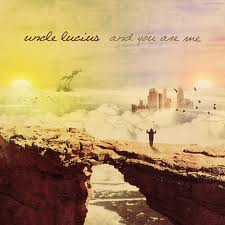 8. The Trishas - High, Wide and Handsome 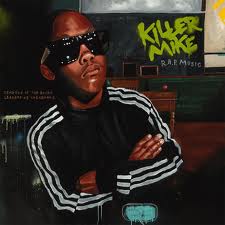 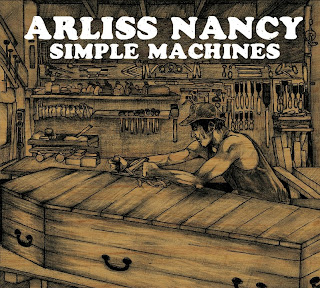 There's no change towards the top of FTM's "best of" list but a lot of upheaval down below, with Arliss Nancy, Killer Mike and others jumping onto the list. There are also two big albums waiting in the wings: Jamey Johnson's Hank Cochran Tribute and Chris Knight's new release. Anyway, here's the top 10. Feel free to make any suggestions for great 2012 albums in the comments.

1. Lee Bains III & The Glory Fires - There is a Bomb in Gilead

10. The Trishas - High, Wide and Handsome
The latest nonsense from Trailer at 3:15 PM 2 complaints