Listen hear but you don't want to: https://www.youtube.com/watch?v=XULnc3b8Dfg

Hell, I love Jesus. I'll whoop a man's ass who says I don't love Jesus. But too me, the only people qualified to sing about Jesus look like him. Even the women. This pretty boy looks like he's should be dancing with the Chip and Dales or something, LMAO. I bet he's had a couple of… never mind, Trailer says I can't make jokes about sexual orientation. PC punk ass. Go protest at Mizuri or something. I oughtta kick you in your safe space.

As you might imagine, i ain't going to listen to this song because its in the top 40 and anything that get's played on the radio isn't good. But I'll pick over the lyrics and critique his appearance so you know what's what. Do you think this guy has heard a Florida-Georgia Line song? I only ask that because its a great opportunity to remind you that I have never heard a Florida-Georgia Line song. You couldn't hate pop country more than me! What a sissy. 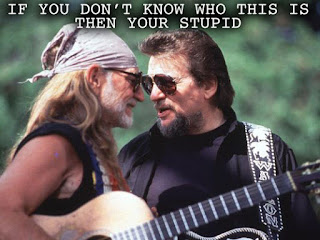 He says real men love fishing. I bet he's more into fis… never mind again. So what if men like to fish? I'm a real man and I like watching Netflix, shooting shit, and playing Halo, but you don't see me singing about it. And how does liking football make you a real man? This is all just stupid.

THE CRAP THEY CALL COUNTRY IS POP CRAP,,FOR THE LITTLE GIRLS,,,THERE ARE ONLY A HANDFULL OF REAL COUNTRY PEOPLE OUT THERE THESE DAYS 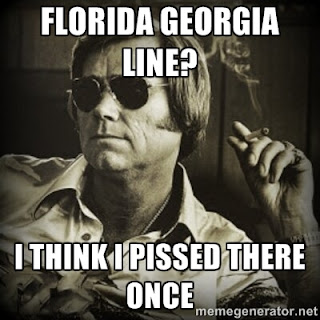 Who is sam hunt? No really I have no idea who he is. Or this guy. Michael Ray? He has 2 first names and 0 talent. Who thought this was a good idea for a song? Bitches love Jesus too. Does that make them a real man?

I'm into chicks, but this dude is handsome. To handsome for country music. Your supposed to be as ugly as a rake to sing REAL DAMN COUNTRY MUSIC. I'm done with this crap.
The latest nonsense from Farcer at 10:30 AM