Sam Hunt - Make You Miss Me

Sam Hunt, Mike's brother, has a new song out and it sucks like all of them. He's not even country music but they play him on the country station, are so I've been told. I don't listen to that shit. If I was getting a mouth hug from a hottie and a mainstream country station was on in the background, I'd say "hold up baby, gotta turn this shit off."

He's singing about making a girl miss him, or at least I assume that's what its about judging by the title. It's not like I'm gonna listen to this poop. I bet he's rapping the verse and singing the chorus. Sam Hunt might not be a douche bag but he's definitely a tampon.

Anyone who raps or sings like these freaks dosnt belong to country. "Whoa Whoa" is one of the lyrics. You don't wanna make it to hard for these morons to understand, right? Their all idiots! Later is says something about a slip knot. I hope thats too hang himself with for destroying country music! You should be a shamed Sam Hunt. My grandaddy didn't fight in the battle of Birmingham for you to be able to do this. (He beat up some John Denver fans in Birmingham one time) 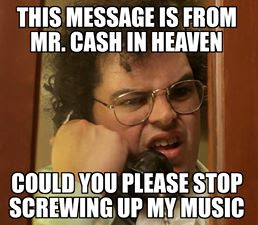 Sam Hutt, Luke Bryant, the Florida Georgia Band.  I can honestly, and proudly, say I have no idea who those guys are. But I know there all terrible and if Waylon was alive he'd make sure his boot didn't miss Sam's ass. 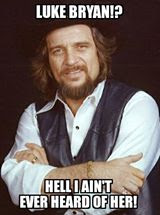 My idea for a New song for the current line up of so called "CW" singers. "Who's Gonna Fill Their Panties" ?

Stop it Sam Hunt. Get out of my face.
The latest nonsense from Farcer at 11:30 AM