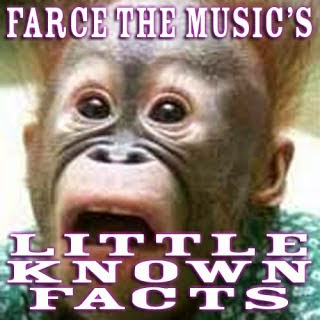 By Jeremy Harris and Trailer
--

Charlie Daniels has voted Green Party in the last 6 Presidential elections; He just pretends to be a hardcore Republican so as not to alienate his fans

When Shooter Jennings gets angry, Misty has to tranquilize him lest he stomp his foot deeply into the floor and tear himself in two

CMT will broadcast the Americana Honors and Awards November  28th, at 3:00 a.m. between a rerun of Full House and a Flex Seal infomercial

Shooter Jennings came up with the idea for D.R.U.N.K. When he had trouble finding words to rhyme with Z.I.M.A.

Eric Church is on his way to your house right now to take all your AR-15's, teach your children about the 27 genders, and sign your wife up for the Communist party