I don’t know what to say about this one. Mostly because I didn’t listen to it. The day I listen to a Tom McGraw song is the day I neuter myself with a spork. He’s pretty much Luke Bryan’s dad. Their’s no difference between them accept one of them is tan and skinny and the other one wears leggings. Or so I’ve heard - I never heard one note of a Luke Bryan song either. 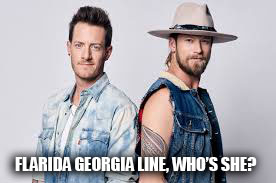 Tom McGraw did a rap song with Nelly one time so you know he’s a wannabe loser. Country plus rap equals crap, in case you forgot. He also did a song about wearing buffalo underwear. What the f*** man? I don’t want to think about some dude in his underpants. The only good thing Tom McGraw ever did in his life is Faith Hill. 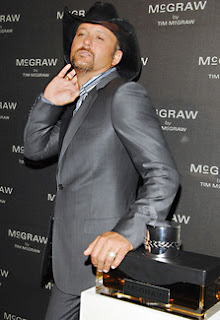 Now, this song. I read the lyrics and it’s pretty much just a geography lesson. He just says a state and then some crap that state is known for. Your and idiot if you learn anything from this song because its just stuff every body already knows. Impress me if your gonna list southern shit. Talk about Hot Stuff Eddie Gilbert and talk about Bucksnort, TN and talk about fried chicken gizzards. Nobody wants to here the four thousandth song with Big-D (I bet Tom likes [removed by editor]) and Ole Miss and grandma.

Tom McGraw and his buddy Chesney are the god fathers of bro-country and this song just proves it. Just naming a bunch of country shit and having hip-hop beats. If this is a country song, Jeffrey Epstein killed himself. 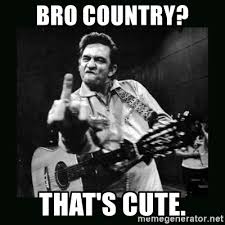 And don’t get me started on the chorus. Get this its just “way down.” That’s it but he sings it over and over until you want to drive to Tom’s house and slap him so hard that stupid shiny hat flies into his foyer. Their’s a rapper in this song to. It’s like McGraw thought to himself “what can I do to piss off Carl Outlaw so much he has to go back on blood pressure meds?” Well, good job Tom.

In closing, I’ll just say kiss every square inch of my ass, Tom McGraw, and you owe me 39 dollars for the Cardizem.