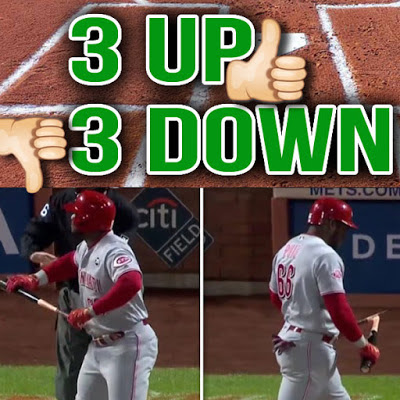 First and foremost, this is a country song. It's a modern pop-country song, but it features organic instrumentation, country vocals, country imagery, and story-telling. There's listing, yeah, but it's used to the furtherance of the theme, revealing the message a little at a time. Good stuff, and highly impressive as a debut single. And it seems to be getting some traction.

Clever hook, strong vocals, catchy melody, strong message. What's not to like? Carly is such a promising artist; I hope this is huge for her.

Eric Church - Hell of a View

A mid-tempo anthem in the vein of “Talledega” and “Springsteen,” this is another winner from Church. Hey guys in the category below: See! It’s possible to write a love song that isn’t whiny and tediously selling a supplicant viewpoint in a relationship. Be equals, you crybabies. Anyway, “Hell of a View” is catchy and poetic, and non-embarrassing.

Cole has done some moderately better work recently (not that the songs I actually like are ever released as singles) but this isn’t in that category. This starts off with all the sonic signifiers of boyfriend country and gets no better from there. Listless, forgettable, and cookie-cutter. “White Claw” brand name drop… is that the first in a hit song? Anyway, this sucks and it kinda feels desperate.

Another boyfriend country song, I’m seeing a theme. There is nothing whatsoever country about this song. It’s listless, forgettable, and cookie-cutter. And it’s so cloying and wimpy. Stop worshipping women. I mean, don’t worship men either, or any other gender. Who wants to be pandered to this damn much? It’s amazing that something so boring and bland can make me want to punch inanimate things to get my rage out. Crap.