Walker Hayes to Release Country Remix of “Fancy Like” 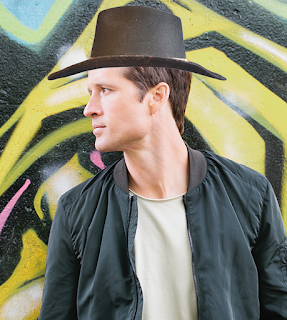 by Trailer - Reimagining of a story originally posted on Country California - Wednesday, July 22, 2009

Riding high on the success of his massive crossover pop hit “Fancy Like,” Walker Hayes has announced plans to follow that up in coming weeks with a country remix, or re-imagining to be exact, of the viral smash.

The song, which was Walker’s first #1 hit and the first Applebee’s commercial to claim the pinnacle on the major country charts, will receive quite a makeover for this incarnation. Instead of the danceable beats, there will be light percussion and passionate fiddle shreds. The laconic rap/talk-singing reading of the lyrics will be replaced by a slow, note-bending drawl of the sort once employed by Garth Brooks. There may even be some audible steel guitar, clearly signaling a radical departure for the wide-jawed Tennessee boy.

Whether this release will continue Hayes’ winning streak is yet to be determined, but many behind the scenes are questioning the move. "Who's gonna play it? I mean, this thing is like, old-timey sounding and stuff," said Clearchannel country radio DJ Trey Turner. "You can't do a TikTok dance to it… I don't like it," complained Klarissa Jo McReynolds of Bude, Mississippi in a reply on Walker’s Facebook page.

Hayes, for his part, maintains that this will play to a new demographic he hasn't reached before. "The people who actually like the organic, authentic-sounding, classic traditional stuff like Tim McGraw and Jason Aldean,” said Hayes, shaping a recently purchased cowboy hat, "that's an audience we haven't spoken to yet."