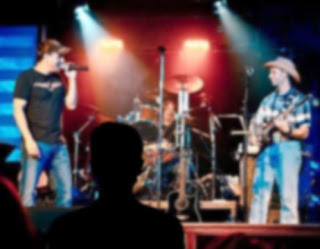 The lead singer of pop-country cover band Dem Broadway Boyz has just about had enough. During his 2 hour stint at a popular Nashville bar/venue, vocalist Brad Shambles has gone from amused to annoyed to enraged at your constant requests for songs not the the Boyz’s repertoire.

He sees you there at your table with your girlfriend, Mr. Authentic Country, and despite Brad’s creative shortcomings, he knows your story. You got dragged out to drink $18 cocktails and listen to music you consider beneath you by your attractive but basic love interest, but hey, you don’t have to take it out on him. He doesn’t come to your haberdashery or horse barn or whatever and talk shit about your work.

Brad just wants to play Thomas Rhett and Cole Swindell and Russell Tenpenny.. hell, he gets them mixed up too, but anyway, just let him and his band play selections from the 50 popular songs they know in peace and chill out, dude. Zach Bryan? Do you mean Luke? And who the hell is Colter Wall? You’re just making stuff up now.

You in your vintage Waylon Jennings t-shirt sitting there all high and mighty, drinking a Pabst. What did you expect? That they were going to crank out some Highway Troubadours, or Colby Jinks, or whatever depressing stuff you listen to? Get real man, Dem Broadway Boyz are here to sell beer, Fireball, and overpriced chicken tenders. For the love of God, no they won’t play “Feathered Indians.”

Brad leans over to his bassist during a rendition of Sam Hunt’s “Body Like a Back Road” and whispers “watch this guy, be ready to take him down” as you saunter to the side stage with a smirk on your face.

At press time, Brad was singing lyrics read off his phone as the band worked through a poor version of “Whiskey River” after you tipped them $30 to play it. But he’s still pissed.