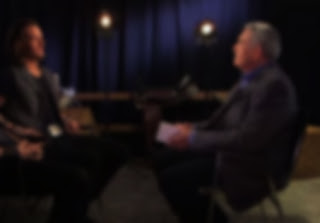 A sweat bead forms at the widow’s peak of a famous pop-country singer as he fidgets in his chair. It’s the first in-person interview with someone who isn’t Bobby Bones he’s done in a while. The crooner’s handler politely asked the host to avoid a few potential land mines in the discussion, but the singer sees some shiftiness in the questioner’s eyes.

He says a quick prayer in his head that there won’t be any questions about abortion, guns, the infield shift, Donald Trump, Morbius, LGBT rights, or any other hot button topics. Amen.

After a brief warm greeting and small talk, the interview begins. Deep breath.

“What do you think about the trans…” (OH GOD) “…ition from the party hearty days of bro-country to the more muted sound of your music these days?” he asks. (WHEW!)

He’s got this one. He can flash those pearly whites and rest his fingers on his scruffy chin and knock that answer out with vague aplomb and goofy charm. No worries so far.

“You once toured with Morgan Wallen as your opener. Care to discuss when he said…” (OH SHIT) “that he considers you a role model and kind of a mentor?” is the follow up question.

The sweat bead has now split the singer’s eyes and rolled to the tip of his nose. He wipes it off with the sleeve of his $95 plain white t-shirt. Softball question, thank God. Media training prepared him for this, how to be humble and full of praise. Oh, and mention how much Morgan Wallen has grown since the incide…. NOOOOOOOO. Don’t even think about opening that door! Just keep it short and graceful.

“Now let’s get a little personal” says the interviewer. “Do you think a woman should have the right to choose…” (OH SHIT OH DAMN OH F@4% HELP ME MARY AND JOSEPH!) “what restaurant you’re going to on a date?” he asks.

There’s an audible massive exhale, like an NFL lineman stood on one of those camping mattresses with the valve open or something. He looks at his watch. 14 minutes and 35 seconds of the allotted 15 have expired. He’s made it. No controversies, no cancellations, no major missteps. He feels his heart rate settle.

“One last question: boxers or briefs….”