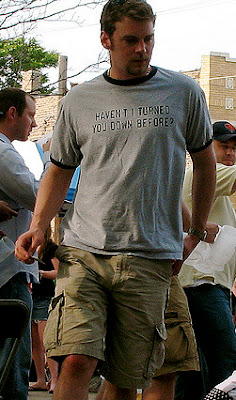 At press time, Jason planned to listen to mainstream country radio 10 minutes a day to build up his resistance and train his gag reflex.
The latest nonsense from Farcer at 9:00 AM 0 complaints