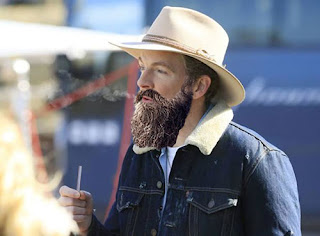 2021 was a life-changing year for former Rascal Flatts guitarist and vocalist Joe Don Rooney. His superstar trio forewent a goodbye tour and simply broke up, a pandemic raged on, and Rooney himself hit hard times as he got a DUI after crashing into a tree in September.

Rather than cleaning up, smoothing out the edges, and simply slipping into the role of music producer as many assumed he would, Rooney has instead leaned into the final act of his 2021. What most figured was a blip, a (serious) slip-up, Joe Don says was actually emblematic of how he’s living these days.

“F*** it all,” laughed a bearded and disheveled Rooney. “The veil is off, this is me b**ches! There’ll be no more soft 3 part harmonies about Mayberry or bobbing your head or any of that sh*t. I’m bout to get my Paycheck on!”

Rooney, long a part of the family-friendly, sugary super-trio Flatts, bristled at any questions about the music that brought him fame and prosperity, instead choosing to focus on rattling off his favorite truck stops.

“There’s one in Jackson (TN) where you can score a broad and an 8-ball inside 5 minutes, and they’ve got the best apple danishes on this f***ing earth!” he laughed, puffing on a Marlboro with the filter ripped off. “And the Love’s in Opelika …primo greenies, and that’s all I’ll say about that.”

When asked about the direction of his forthcoming music, JD, as he’ll be known henceforth, told us “It’s raw and ragged and real; songs about West Memphis drag queens, Tulsa flophouses, and long sorrowful nights on the right of that long white line. The first single is “I Got a Soft Spot for Firm Feeling Women.””

Questioned more directly about his run-in with the law and the rumors of his aggressive dissatisfaction in the waning days of Rascal Flatts, all Rooney would say is “You go****n right.” He then threatened to take care of me “prison style” (whatever that means) if I mentioned the Flatts again. We ended the interview at that point.

At press time, “JD Rooney” was getting a neck tattoo of a preacher flipping the bird from an unlicensed artist out of the trunk of a big body Chevy. 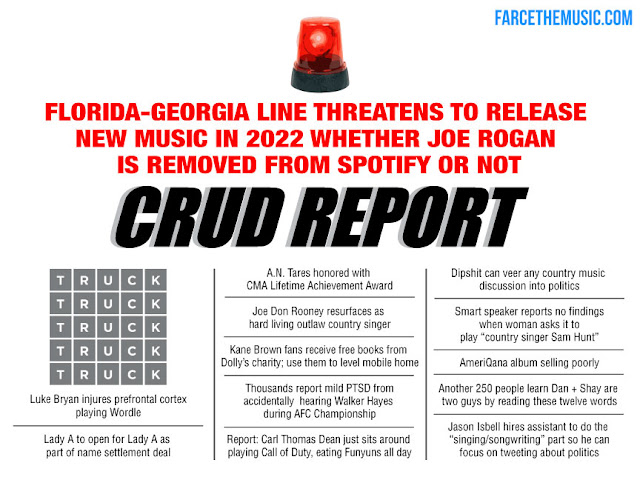