Chris Stapleton - Nobody to Blame

For the first time ever, I actually listened too a song Trailer wants me to review. I mean, with everybody getting their underdrawers wet over this Stapleton fella, I figured I needed to hear what's got 'em so hot and bothered.

"Nobody to Blame" sounds okay, I guess. Their's some stuff in they're that reminds me of Waylon a little bit. Dude can sing like a motherf****r, can't anybody deny that. It's still to damn poppy for me. Theirs a bass line in there that makes me think of the booty club I drive by going to the bar on Friday night's. Whats up with that? If I wanna listen too 2 Live Crue, I'll put on some Hoochie Mama and get lit tho. By the way, I've never heard a Florida-Georgia Line song, I only listen to real damn music. But this is suppose too be country music. Baselines are stupid in real country music. Its just supposed to be a guitar and a fiddle and maybe a jug. Anyway, I thought this song was not terrible like George Straight or Puke Bryant when I listened to it. That's where things got interesting though.

Chris Stapleton's wikipedia page says he's a songwriter. Okay, thats fine. Some morons can't write there own songs; I get it - their lame, but I get it. But it also says he wrote songs for Thomas Rett, Gary Alan, Derrius Rucker and Kenny Chesney and Luke Bryant too. LMAOOOOOOOOOOOOOO! Now I'm pissed and I call Trailer and cuss him out! He tricked my ass. 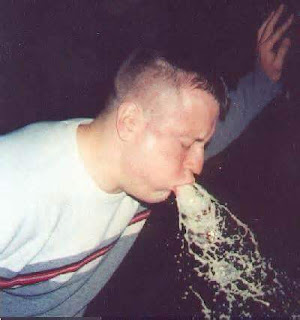 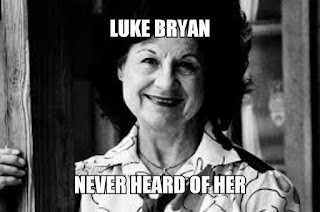 Go pull your tricks on gullible bloggers and fake country fans, Mr. Stapleton. You're beard and long hair ain't fooling me. Your a sheep in wolf's clothing and your destroying country music one shitty song at a time. I don't care how much "talent" you have and how many "smart critics" think you're the shit, I think your shit. What a freaking idiot to real country music this guy is!

I'll be over here listening to badass music like Jamey Johnson. At least he'd never sell out!
The latest nonsense from Farcer at 9:00 AM