Carl Outlaw, Real Country Fan Reviews Walker Hayes "You Broke Up With Me"

Walker Hayes - You Broke Up With Me

Been a while, but I'm back to review yet another stupid ass mainstream country song. This one looks like a doozie. I say 'looks like' because their ain't no way in hell I'm listening to a song with lyrics about swagger and crashin' parties. There ain't nothing country music about being a hip hopping white boy. 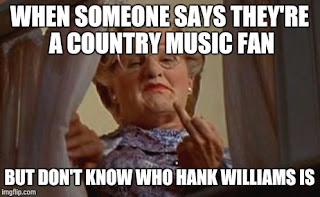 I looked this dude up on Google and he's old. Like what the hell? I'm 12 years younger then him and I don't even understand half of the lyrics. I would have to hit up Urban Dictionary for that. I half expect one of these lines to be secretly about a sexual encounter featuring a roll bar and a can of Axe.

This ain't called country, It's called commercialism Pretty music same thing with rap-so called music. This modern music is for the dump. 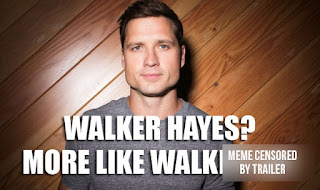 I'm tired of people ruining MY DAMN COUNTRY music. I went to a Shooter Jennings concert the other night and he had a keyboard up on stage. As soon as I seen it, I put my jacket back on, walked out the door and pissed on his tour bus. Damn sell out, even he's going liberal loony left snowflake like Brad Pasely. There not just messing up country there messing up are country!

It's a fact country music is dead been dead for a wile all we have now are ball cap wearing want to b rappers that suck. Accept if you no wear to look! I've got plenty of real BY GOD country music on my phone like Hank 3, Dick Scratch and the Shriveled Nutsacks, and David Alan Cole!!!

So let's all get together and call this "song" what it is. A big old pile of shit. 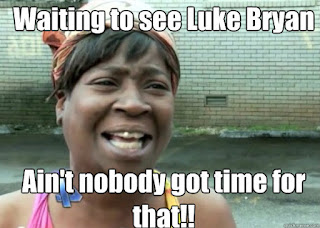