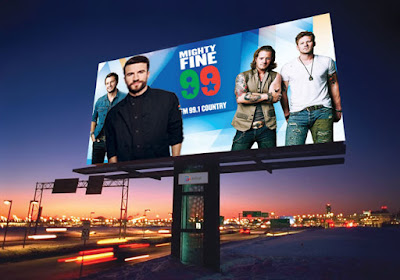 Note: This story was blatantly ripped off from Babylon Bee and adapted for country radio.

“There’s no excuse, and we apologize,” a station representative said. “We meant to play another vapid pop song with a fiddle hidden in there so deep you'd need a stethoscope to hear it, and somehow a song with deep themes, country instrumentation, and solid musical execution just was slipped into the queue by a now former employee.”

“I relies on Mighty Fine 99 to play Luke Bryan at least twice hourly so I can make it through my hard morning of posting Alex Jones videos and racist memes on Facebook,” one local woman told reporters. “And they p**sed me off... because of that twangy noise song, they only played Luke eleventeen times today. I'm switching over to Bro-Country 102 if this s**t continues.”

"I accidentally heard a steel guitar and felt an emotion, despite being on high doses of feeling reducer pills," said Jonny Latham of Olive Branch. "That Stapleton dude sang a few three syllable words and made me feels intelligently inadequate."

The network’s leadership assured its disgruntled listener base it wouldn’t happen again.

“I’ve personally gone in and purged every Miranda Lambert, Jon Pardi, and Chris Stapleton song from our system and instructed our content managers to only play mind-numbing, formulaic hits based on our data metrics going forward,” 99.1's program director said. “And as a special thank you to listeners for sticking with us, I’m happy to announce we’ll be playing only "Downtown's Dead" and "Heaven" for six straight hours Sunday afternoon."