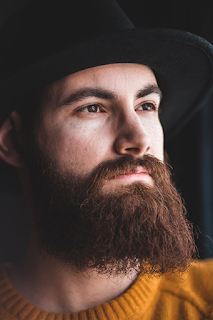 Bearded poser Louis Reynolds has a decision to make. The burgeoning Americana and/or folk and/or pop-country songwriter is weighing the positives and negatives of cities to move to and genres to shoehorn himself into.

While skilled at writing in none of his options, Reynolds possesses a slightly above average voice and, most importantly, a spectacular beard. The 6’2” former college badminton star, after finding no path to pursuing the sport professionally, picked up an acoustic guitar and learned Snow Patrol’s “Chasing Cars” and was smitten.

Bankrolled by his parents’ eight figure net worth, Reynolds began formulating his plan to become an artist a star in whatever style of music would have him.

“I’ll only have to adapt my look to fit in, err, I mean look the part of either a country singer or an Americana singer. You know, either go sleek and stylish with the beard, or look like I just came down out of the mountains with half an elk on my back.” laughed Reynolds. “Pretty much the same for my fashion choices.”

When asked if he was studying the different styles of music to see where his writing style most organically fit, Reynolds answered “Let’s see. Would I rather rub elbows with Jordan Davis and Sam Hunt, or Cody Jinks and Tyler Childers? Makes you think, y’know.”

“Oh yeah, writing,” he continued. “Either write about trucks used for fun or trucks used for work; no big deal. And the women are either wearing shorts and have their feet on the dash or are sad and working in a Tulsa cafe. It’s pretty simple stuff.”

At press time, Louis Reynolds was trying on stupid hats and checking horribly overpriced apartment listings in trendy parts of Austin and Nashville.