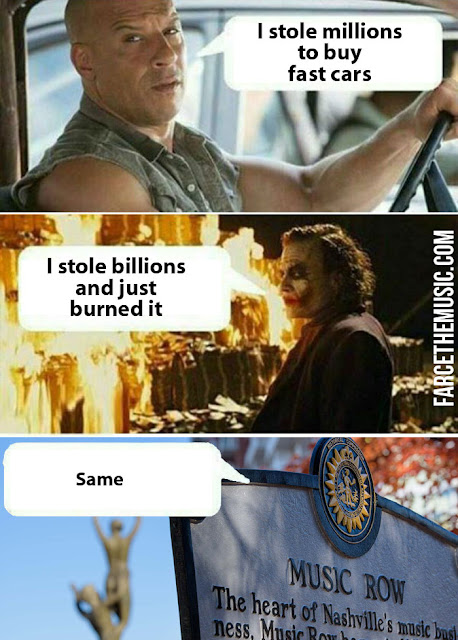 Top 10 Ways Nashville Songwriters are Changing Their Approach in 2014

On 2014's mainstream country radio, we've seen a slight maturing of the content and a subtle movement away from so much "bro." There have also been other shifts, such as nekkid-ness and even more drinking than anyone thought possible. Here are some of the methods Music Row's finest are using to adapt with the times.

Top 10 Ways Nashville Songwriters are Changing
Their Approach in 2014

10. Learning the names of a larger variety of alcoholic beverages
for their songs' characters to drink while driving

09. Requesting that singers pronounce "truck" with a bit of ironic displeasure

08. Extending group of 'outsiders' who should be pummeled by
country boys to include people who live in the suburbs, the educated, and bloggers

06. Bringing back the working man trope (as long as he don't work in no damn city)

05. Tamping down on the misogyny a bit by giving female characters a larger role, such as
lighting the bonfire, letting down the tailgate, or initiating the unprotected sex

04. Limiting grammatical errors to 2 per song

03. Slyly inserting marijuana references into every song,
including quasi-religious songs and anti-immigration anthems

02. Cutting back on incidents of racist, homophobic rants and drunken brawls

01. Full frontal nudity
The latest nonsense from Farcer at 9:00 AM 0 complaints