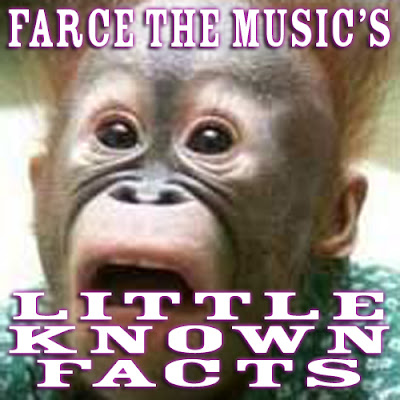 Kane Brown is so country, he knows every word to "Dirt Road Anthem."

Shooter Jennings is the first night headliner for the 2016 Gathering of the Juggalos.

We Hate Pop Country has a secret stash of Rascal Flatts and Shania Twain CDs at their headquarters.

The phrase "Turd in the punch bowl" is being replaced by "Brantley at Willie's Picnic."

Kelsea Ballerini's next album will have more autobiographical songs, like
"OMG Guys I'm Like So Drunk" and "Payola Princess."

When not busy with his own schedule, Pitbull tours as The Mavericks keyboard player.

Scott Borchetta has a tattoo of Baphomet on his inner thigh.

Most people don't know that Axl Rose replaced Chris Stapleton in The Steeldrivers.

Miranda Lambert's new music has been delayed because her record company didn't think radio
would be comfortable with all the uses of "motherf***ker" and "son of a bitch."

Sam Hunt is just a regular guy who puts his
wide-leg cropped trousers on one leg at a time like all of us.

Even though he was never entered, Gary Levox was the Las Vegas favorite
to win the Nathan's hot dog eating competition.

This fakt haz bin ritten fonnetiklee so that FGL fanz kan reed it.