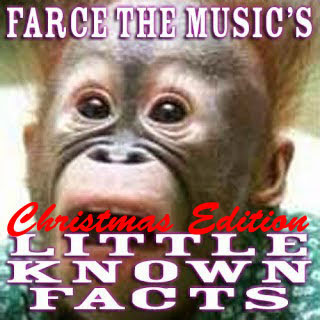 Krampus is a mythical beast who punishes unruly children during the
Christmas season. Justin Moore has to show him ID every year

All Luke Bryan wants for Christmas is his two front testicles

For Christmas this year, Miranda Lambert simply asks for peace, understanding,
and "shut the f**k up about Blake Shelton every time I do a damn interview"

Golden Corral stock is a smart investment for 2017

Mattel is coming out with a new Holiday Country Barbie based on Kelsea Ballerini,
but it just looks like a regular Barbie

Since it's the time of sharing, I'm sharing the fact that Jason Aldean is
an ass with everyone that will listen

Since Farce The Music didn't feature Scotty McCreery on a shelf this year,
his sales dropped to only 1 album this winter

Mostly by Jeremy Harris
The latest nonsense from Farcer at 9:00 AM