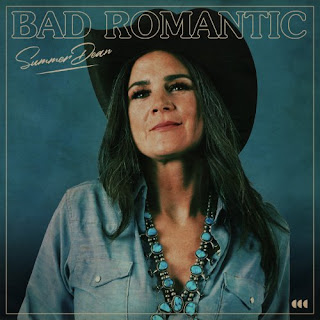 Summer Dean makes music rooted in Telecaster twang, Southern storytelling, and the rugged resilience of the American West. It's the sound of a lifelong Texan whose songs evoke her tough, independent spirit. Her full-length debut album Bad Romantic, out today, struts out of the speakers, but also finds moments of tenderness and vulnerability. The album stakes a claim for Dean in the same genre that first captivated her attention as a girl in rural Texas. Her grandfather raised cattle and her father worked in land conservation. Dean developed a connection not only to the soil she stood on, but also to the music that sound tracked her small-town experience, steadily building the foundation for the traditionally minded sound that would fill her songs.

After sharing bills with likeminded artists including Mike and the Moonpies, Asleep at the Wheel, Marty Stuart, Colter Wall and Nikki Lane, Dean’s album seems like somewhat of a victory lap for a self-made artist who's earned her spot in country music's hip inner circle. On Bad Romantic, Wall for the first time co-writes and duets with another musician, creating the album’s waltzing, pedal steel-filled centerpiece "You're Lucky She's Lonely” with Dean.

Whitney Rose and Bonnie Montgomery sing harmonies, and Robert Ellis plays piano on "Dear Caroline," a song about the Dust Bowl and the dangers of overworking the land.  Songs like "Picket Fence" and "Blue Jean Country Queen" are proud declarations of uniqueness, anchored by barroom arrangements worthy of some long-lost Merle Haggard record.

"When I released my first EP, I was feeling a little sorry for myself,” Summer admits. "But now, it's more of a pride thing. This is who I am, and I like it.” Elsewhere, she sings the praises of long horizons and longer drives on "A Thousand Miles Away," a love letter to the road co-written with Matt Hillyer of Eleven Hundred Springs.

A handful of songs written by Brennen Leigh and Simon Flory showcase her strength as an interpreter, but Bad Romantic always feels like Dean. This is traditional country music for the modern world — for sawdust-covered dance floors, worn out blue jeans, and long solo drives where the most honest conversations are with yourself — performed with tenderness one minute and tenacity the next.

Bad Romantic was recorded at Niles City Sound, notable Fort Worth-area analog studio. Encouraged by the reception of 2016's Unladylike — a critically-acclaimed EP that introduced her mix of vintage influences and modern muscle — Dean recorded the album to tape and made a conscious decision to fully invest herself in country music.

"I taught elementary school for 10 years," she says. "That’s what small-town Texas girls do. We teach school, work at the bank, or at the courthouse. Then we get married and have babies and a few dogs and die happy, buried next to our husbands. But here I am, age 40, quitting my stable job, cashing in the wedding money my momma put aside for me, and making this album.”

Bad Romantic is available wherever you purchase fine music.

A Good Problem to Have 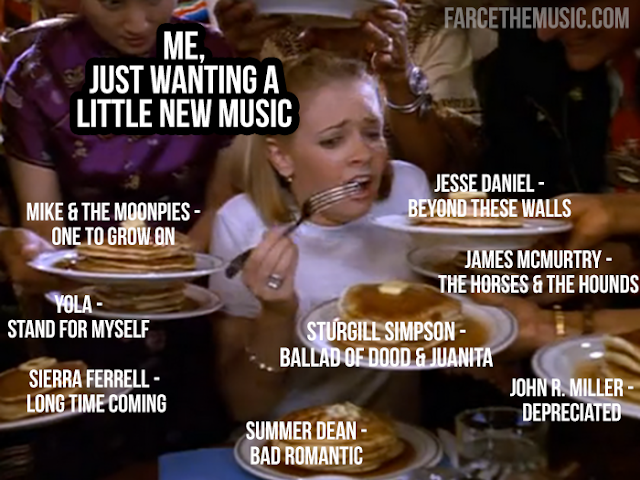 From her forthcoming album Bad Romantic, out August 27.
The latest nonsense from Farcer at 1:00 PM 0 complaints