Today we’re debuting the new video for “Tupelo,” from Jackie Greene’s 2017 EP The Modern Lives Vol. 1. It’s also the lead track from his new Live From Town Hall album. The video features the animation of Bill Plympton, long known for his work on MTV’s Liquid Television, Kane West’s “Heard ‘em Say” video, and his own Oscar-nominated short, Your Face.

“Tupelo” is a bluesy, ambling Americana tune with lots of soul. It starts simply with a bass and drums before adding piano, banjo, and Greene’s friendly vocals. This tale of regret about being drawn in by the siren song of Tupelo’s seedy side even strolls into spiritual territory (on the live version), venturing through “Wade in the Water” towards the end. Give it a listen and check out more information about Jackie and The Modern Lives Vol. 1 after the video. RIYL: Justin Townes Earle, The Band, The Black Crowes’ gentler moments.

From Jackie: "It was such a joy to work on this project with Bill.  He’s a crazy genius and I love crazy geniuses.  This is a song that I originally wrote as a piano song, but it morphed into a banjo song.  How it got there is a tale for another time.  For now, enjoy the video!"

Hailed as "the Prince of Americana" by the New York Times, Jackie Greene has emerged as one of his generation’s most compelling songwriters and guitarists, the kind of rare and supremely versatile artist who blends virtuosity and emotional depth in equal measure. Greene’s latest release, 'The Modern Lives – Vol 1,' finds him relocated from the Bay Area to a Brooklyn basement, where he recorded every single instrument himself in addition to serving as his own engineer and producer. Gritty and rollicking, the songs are as exuberant as they are incisive, drawing inspiration from some of the great social paradoxes of our time: that the technology designed to simplify our lives can actually complicate them in ways we'd never imagined, that the most crowded cities can actually be the loneliest places to live, that the networks meant to connect us to can actually leave us feeling more isolated than ever before. 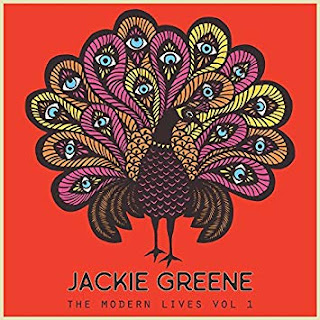 Greene's been chasing a sense of authentic human connection through art ever since his teenage years, when he began self-recording and releasing his own music in central California. After a critically acclaimed independent debut, he signed his first record deal and embarked on a lifetime of recording and touring that would see him supporting the likes of BB King, Mark Knopfler, Susan Tedeschi, and Taj Mahal, in addition to gracing festival stages from Bonnaroo to Outside Lands. The New York Times praised his "spiritual balladry," Bob Weir anointed him the "cowboy poet" of Americana and blues, and the San Francisco Chronicle raved that he has "a natural and intuitive connection with… just about any musical instrument."

While Greene's songwriting chops were more than enough to place him in a league of his own (NPR's World Café raved that his "sound seems at once achingly intimate, surprisingly energetic and unburdened by adherence to genre"), Greene also emerged as a singular singer and guitarist, prompting Rolling Stone to praise his "honeyed tenor" and name him among "the most notable guitarists from the next generation of six-string legends." Between studio albums and his own tours, Greene took up prestigious gigs playing with Phil Lesh & Friends, The Black Crowes, Levon Helm, and Trigger Hippy, his supergroup with Joan Osborne.

Sunday Mornin' Music / The Band, Bob Dylan, etc. / "I Shall Be Released"

Links to this post
Email ThisBlogThis!Share to TwitterShare to FacebookShare to Pinterest
Labels: Bob Dylan, Sunday Mornin' Music, The Band

Sunday Mornin' Music: The Band, Dylan, etc. - I Shall Be Released

Links to this post
Email ThisBlogThis!Share to TwitterShare to FacebookShare to Pinterest
Labels: Bob Dylan, Sunday Mornin' Music, The Band 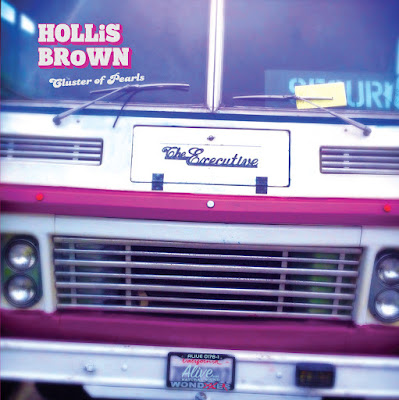 Many times when I hear the label “Americana” thrown around, I cringe. It’s become such a catch-all phrase, a hodge-podge of styles trying to describe one common ground: the lack of one element that’s rock or blues or country.

But, when I hear about bands doing the Americana thing from places like New York, I tend to get extra skeptical. While New York has churned out some of the best bands in history – down home blues is Chicago’s thing, and what does city slicker New York know about the country or the artist's struggle in a day where rent can financially ruin you? A lot apparently.

On Hollis Brown’s recent Record Store Day release, Cluster of Pearls, we’re witnessing a band figuring out their sound and getting the flavor just right. Even if it comes wearing a Yankees hat and likes bagels and lox instead of biscuits and gravy. 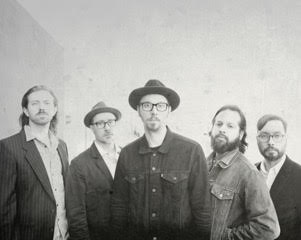 Hollis Brown capture a vibe on Cluster of Pearls that sounds like it coulda been brewed down in Muscle Shoals, with beers and smoke in hand.

I’ll admit, I went, and YouTube searched Hollis Brown’s music before this review and was middle of the road on some songs for their reliance to trying to be too poppy, maybe a little too much like a Jason Mraz with dark soul or something you’d hear in Target. I dunno. I also think dipping grilled cheese into ketchup is delicious, so whatever.

On Cluster of Pearls, the music feels different. It seems focused, maybe evolved. And apparently, after some Internet snooping, Cluster of Pearls is a collection of B-side tracks, which is nuts. This collection feels like a nod to The Band, The Flying Burrito Brothers and even some moments of The Stones in the Exile on Mainstreet era.  And if anyone’s got something to say aboutt Graham Parsons, they can just fuck right off.

The record’s opener, "Completed Fool" sounds like a funky, bluesy Hall and Oates take on Maneater, except not shitty. (Sorry 80’s dorks. I hate Yacht Rock.)
The last track, "Miracle" gives off a City and Colour vibe that’s a nice change of pace for the overall composure of the record. There are a lot of shades of Hollis Brown on the record, and it’s rad to see the different shades of their musical personalities shine through.

"Don’t Want To Miss You" is easily the best song on the record. It’s a classic bar room bummer, and it’s done so well. With its lonely beer bravado, it paints the immediate picture of a candle lit dive with too few patrons and a bored bartender wiping glasses to pass the time. Nothing’s on tv and no one’s watching anything but the world pass by. And at the end, there you are – staring into your drink with no one around to complain to. Just you and the whiskey staring back, testing you. That’s what "Don’t Want To Miss You" feels like.

There’s a little bit of everything on Cluster of Pearls, with nods to riffs straight off a Black Keys record, and harmonious melodies that a focused and together ala – you guessed it, The Band. Naturally, when hearing the jangly, foot-stomping riffs of Hollis Brown, I imagine playing shows with bands like Quiet Hollers, or Brian Fallon.

If this is any indication of Hollis Brown’s path to follow, the results will be exciting to behold. I’ll even forgive them for wearing cowboy hats in New York.

-------
You can only get Cluster of Pearls in record stores, if they have any left in stock, or eBay etc.

However, you can get Hollis Brown albums here http://www.hollisbrown.com/
or Amazon, etc.
The latest nonsense from Farcer at 10:30 AM 0 complaints

An Americana Christmas from New West

The compilation compiles previously released material with six brand new recordings exclusive to the album. In addition to Ellis' offering, Memphis songstress Valerie June puts her rollicking spin on season staple, "Winter Wonderland," Luther Dickinson of North Mississippi Allstars injects "Hark! The Herald Angels Sing" with some southern boogie and groove, rising Nashville chanteuse Nikki Lane offers an upbeat, retro-tinged original, Canadian roots music star Corb Lund turns in the sweeping and weeping new tune, "Just Me And These Ponies (For Christmas This Year)" and Dutch duo The Common Linnets contributes the new song, "At Christmas Time." The lone European act, The Common Linnets are one of Europe's biggest Americana bands and have sold more than 150,000 copies of their debut release and took second place in the 2014 Eurovision Song Contest.

An Americana Christmas is for anyone who appreciates great songwriting and timeless music delivered from the heart and will appeal to several generations making it a perfect addition to your holidays.

*Not on vinyl release
The latest nonsense from Farcer at 2:30 PM 1 complaints

Rewatch the Awesome Levon Helms Tribute from the Grammys

Links to this post
Email ThisBlogThis!Share to TwitterShare to FacebookShare to Pinterest
Labels: Saturday Night Music, The Band

The latest nonsense from Trailer at 3:04 PM 0 complaints