Still Better Than "Burnin' It Down" 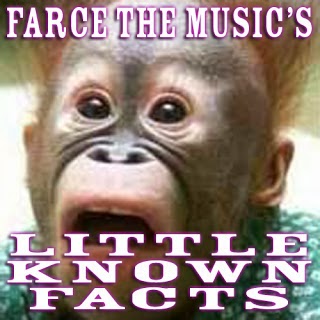 14 states have added Tim McGraw to their registered sex offender
list because of his song "Lookin' For That Girl".

The Reverend Horton Heat has never heard a who.

Vanilla Ice stated in a recent interview that he thinks
"hick hop rappers are giving white rappers a bad name."

Every joke about Justin Moore that has been posted on FTM has gone over his head.

If you ask a Brantley Gilbert fan to show you their credentials, they will remove their teeth.

Wynonna recently auditioned for the role of Oompa Loompa Queen for Willie Wonka 2.

This "fact" is only here to improve FTM website traffic from
bro-country listeners performing Google searches: Country haterz is loosers.

If the guys in Florida Georgia Line had an STD..... Never mind.

Clay Walker has decided to sell out to gain relevance;
unfortunately the people he's trying to appeal to don't know what "relevance" means.

Cole Swindell learned all his best dance moves from Carlton on the Fresh Prince of Bel-Air.

If you badmouth Shooter Jennings, he will kick your ass,
unless you're over 5 foot tall then he'll probably kick your knee.

According to a 2013 Gary Levox arrest warrant, Golden Corral does not
allow you to double dip chicken legs into the chocolate fountain.

Most of these by Jeremy Harris.
The latest nonsense from Farcer at 9:00 AM 0 complaints

Word to Your Mother 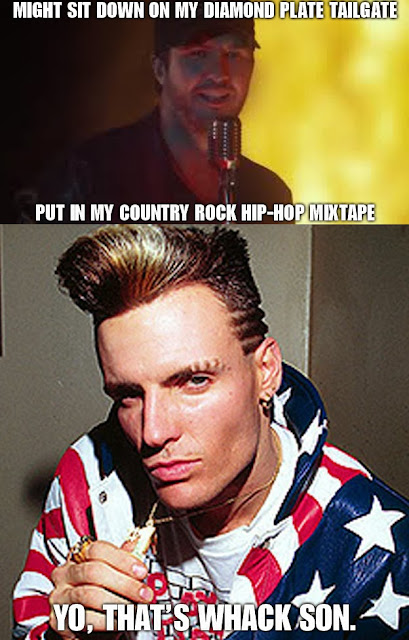 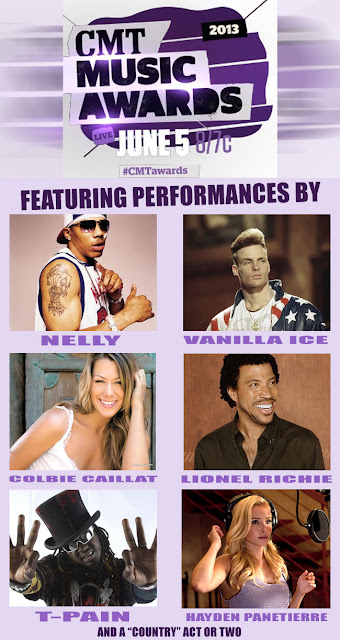 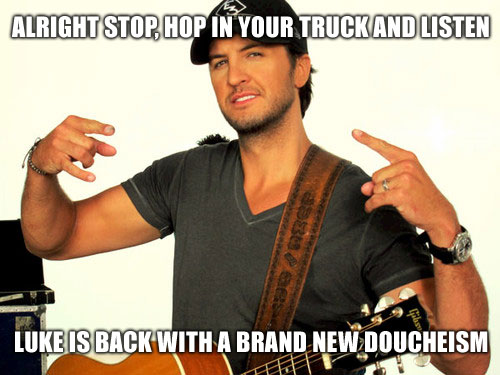 All respect due to Country Haiku, but this is a tooootally different idea. ;) Ladies and gents, I give you... hip hop limericks.
There once was a white boy just rollin'
In his 5.0, head was swollen
Girls, plat'num and gold
Frozen water's so cold
Made ten mill. off a riff that was stolen
The latest nonsense from Trailer at 9:00 PM 0 complaints