You're Not a Real Country Singer If...

Your jeans are tight but your name ain't Dwight

You've ever suggested a trap beat to your album's producer

All your fans need a ride from their parents to the concert... -Eddie Combs

You haven't left a girl in West Virginia, up there where the green grass grows.
Another girl in Cincinnati waiting where the Ohio River flows -Anthony Machado

They play your song on country radio @harrymorgan1937

You are certain Hank done it this way -Carl Wallace

Your jeans are tighter than your electronic drum beat @mkleiner2

You have tattoos but no scars -Seth Wilson

You are Kane Brown @amanda_darlene3

You have a hype man

You think the Carter scratch is something your DJ does @JuliThanki

You don't say anything at all about mama, or trains, or trucks,
or prison, or gettin' drunk. -Connor Smith

You sing about Dixie cups. (if you do, you're either a dentist or a toddler) @ryankentm

You use "how we roll" in a song and your protagonist in the song
isn't a truck driver. -Michael Crabtree

You think American Aquarium is a nickname for Seaworld @SeanRKent

At least one Backstreet Boy was involved in the
creation of your latest album. @10lbhammerbp

Your truck tires are higher than your IQ @Senor_Fern

You sing about bars and churches, but haven't been to either one in years

You have backup dancers -BamaDan Ferguson

You're Not a Real Country Singer! Part 2!

What the hell? Let's do the next part today as well. Here are some more…

You're Not a Real Country Singer if…

Your music is played at the Electric Cowboy -Colby Cummings

Your newest single has “Akins, Gorley, Davidson” in the songwriting credits. -Chris Busto

you went to a Rascal Flatts concert and were inspired -@mattson_rainer

your cowboy boots are only ankle high.  I’m looking at you Luke Bryan. -@ChrisJohnson036

you wear joggers or jeggings. I’m looking at you @SamHuntMusic -@RCCampbell52

You don’t wear a cowboy hat because it would cover up your Macklemore-style hair-cut...
-J Christopher Smith

you have your own scented candle named after you -@tabithanichol1

Your wardrobe costs more than your guitar collection. -Sam Gazdziak

you feel the need to inform people any chance you get that you are a real country singer.
-@AshleyAnnMusic

You haven’t put out a song that was later remixed with a washed up rapper. -Chris Jackson

you only recognize Waylon Jennings because he was on The Dukes of Hazzard. -John Band Deery

If you cant name the original members of the Highway men -Alana Y. James

If Your songs have EDM beats -Kevin Ross

if your biggest influence is Fred Durst -Mada Drake

you spend an hour on Urban Dictionary for hip new phrases to include in your lyrics.
-@DHWritesCountry

if you don’t sing about momma, trains, prison or getting drunk. -@PJrenee72

If there’s no fiddle, steel or banjo backing you. -@alisonbonaguro

You don’t drink whisky because its not organic and free-trade. -J Christopher Smith

you namedrop Justin Timberlake in your songs. -@realcountryview

If your backstage rider requests include watermelon vape juice and
a crowbar to get you out of your jeans. -@GreenEyedLilo

Your name is Tyler Hubbard or Brian Kelley -Greg Sury
The latest nonsense from Farcer at 2:45 PM 1 complaints

You're Not a Real Country Singer 2

if your jeans are tighter than Eugene Krabs' wallet.

if you are Jason Aldean -Ian Donnelly

if most of your songs are really hard to play on Guitar Hero.

if you use Autotune -Michael Wren

if you've never toured in a van.

if you cover Hinder -Cameron Gott 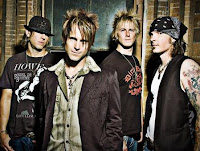 if you wear Affliction, but haven't had any afflictions

if one of yours songs has been used as a UFC entrance theme.

if you only cover rap and pop songs in concert.

if the only barbed wire that's ever touched your skin is embedded on your bicep.

The latest nonsense from Trailer at 12:00 PM 5 complaints

You're Not a Real Country Singer

...if mustang Sally is in yore set list #ewwwwposers - @triplexxxstacy


...if any of your song titles has (Country Version) next to it


...if the vocal intro to any of your songs is "Y'all better crank this one up"


...if you write about the beach, Wear a black straw hat, Wear a beanie, constantly have pop songs w/a banjo call them country or rap -@nolimitcattleco


...if you sing about trucks but drive a Bentley


...if you have glitter on your jeans pockets - @rawhidevelvet


...if you think a "Nudie suit" means you'll be appearing in Playgirl


...if you bought your 1st cowboy hat at the airport - @north_clt


...if you have to schedule country radio station visits around your band Staind's tour dates


...if there's a rap remix of your biggest hit


...you are not being played on sirius outlaw country#60 - @opossumdaddy

...if your last name is Levox, Demarcus or Rooney -Matthew Waga on FB


...if you had to check Wikipedia to see if Merle Haggard was still alive or not


...if you cover "Breakfast at Tiffany's" in concert


...if you're more into Ed Hardy than Ed Bruce
The latest nonsense from Trailer at 9:00 AM 0 complaints