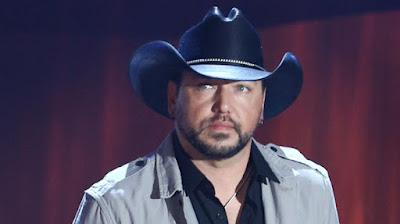 "I'm sick and tired of these bloggers and old people and jealous haters deriving pleasure from any of my songs," Aldean told Country California. "If they're going to talk trash about all my other terrible - but focus group tested for maximum chart impact - singles, why should I give them a 'Flyover States' or anything else they might actually kinda enjoy?"

Aldean, the singer of "Amarillo Sky," has seemingly grown more jaded and irritable in recent years, likely due to critical 'bro-country' backlash and social media commentary about his romantic affairs.

"I don't owe anybody a damn thing, especially people who don't like the two to three predictably moronic party anthems I generally release to country radio in each album cycle - it's all or nothing, you jackasses," said a frowning Aldean after announcing the godawful "Gonna Know We Were Here" as his newest single.

Many of Aldean's so-called haters expected the final single from Old Boots, New Dirt to be the ear-pleasing "Two Night Town," as it has been Aldean's pattern to balance two or three sh*ttacular songs per album with at least one single that suggests he actually would have the talent to not be such a commerce-driven cliché of an artist if he were so inclined.

"Nobody will ever hear a 'The Truth' or a 'Night Train' from me again unless they dig into the deep album cuts," promised Aldean. "I'm not in the business of putting out intelligent or emotionally authentic songs that a Sturgill Simpson fan might find himself enjoying, despite misgivings." 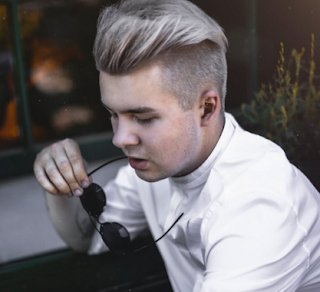 Already named to The Boot's prestigious "Ones to Watch 2015" list, Brant Smith is poised for a breakthrough year and he wants you to know he's doing it his way. Our correspondent sat down with Bryant to find out what makes him stand out among this year's crop of stubble-chinned warblers.

"Most debut artists don't get as much control over their music as Prestige Nashville has given me, but they saw something edgy and different in me and just handed over the reins," said Scott, molding a stray tuft of gelled hair back into the towering blond coiffure atop his head. Chris went on to explain how his first album will be a true portrait of his life and his completely distinctive upbringing.

"Man, I grew up on a dirt road where there wasn't much to do, so me and my friends just kicked it the best way we knew how," explained Dylan. "I know this sounds crazy, but sometimes we'd just grab a few cold ones and some pretty girls and find a field to chill in. That's the kind of out-there stuff I want to bring to my music!"

Chad's wildly idiosyncratic influences range anywhere from "good ol' country like Kenny and Trace" to Godsmack to Calvin Harris to Waka Flocka Flame. "Nobody out there's going to admit listening to all the crazy stuff I do, much less incorporate it into their country music," laughed Mark, pushing up the sleeves of his form-fitting grey henley.

Steven, quite surprisingly a former high school quarterback, went on to say that he'd taken the unheard of step of co-writing the entire album with some of Nashville's lesser-known songwriters like Ashley Gorley, Josh Kear, and Kyle Jacobs. Jon expects to release an EP in early spring as he heads out in support of fellow maverick Chase Rice, with a full album to follow in the fall.

Based on his nonconformist attitude and unusual backstory, we expect Lee to forge his own path outside the box on Music Row and become a force to reckon with on country radio. Listen to The Bobby Bones Show this Friday as Randy debuts his new single "Girl Let's Have a Good Time Tonight."

One Guy Just Pretending to Be in Zac Brown Band 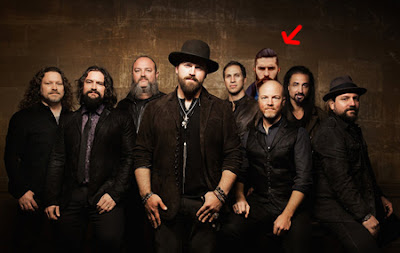 The Zac Brown Band has added a new member to its already large roster, unbeknownst to Zac Brown.

FNN has learned that "rhythm guitarist" Jesse Carlsworth of Pittsburgh has been touring with the hit country group of his own accord since their performance in his city in July. He is not listed on the ZBB website or the CD booklet for their newest release You Get What You Give, but has found his way onto a couple of concert t-shirts and promo shots.

At the band's recent show in Charlotte, NC, Carlsworth appeared onstage, heavy with facial growth and clad in a plaid shirt and torn jeans. Nothing seemed askew, as he shared between-song banter with other members and pretended, adequately enough, to play rhythm guitar throughout the 18 song set. During the coda of the final song, Zac Brown recognized all the band members, but looked perplexed when he came to Jesse, saying "and there's uh, ol' Zeke on second rhythm guitar."

A call to management has gone unreturned, but attendees from other recent concerts have reported similar stories. "I didn't think nothin' about it, he was singing harmony just fine, I think," said Jeanie Luke of Phoenix. "You mean he ain't really in the band? I got him to sign my left boobie in the parking lot after the show!"

For its part, the band has welcomed Jesse with open arms, despite confusion regarding the status of his employment. "I just figured Zac signed him," said drummer Chris Fryar, "and I don't guess Zac has paid him much mind and I haven't had time to ask because Zac's always cooking before and after shows."

The Zac Brown Band, Jesse Carlsworth in tow, hit Indiana, Missouri and Kansas through the weekend. 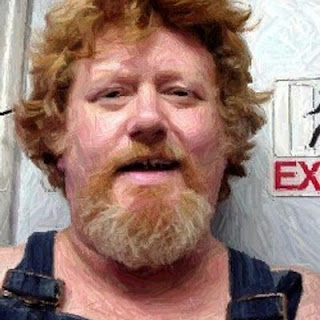 A festive Thanksgiving weekend show turned ugly Friday night and now a local man is in the county jail for assaulting a country singer.

"(I-20 Outlaws lead singer) Brad Gilbert was singing a Luke Bryan song when all of the sudden Reggie dropped his pool stick and walked up to him and unloaded one of them pepper spray keychains directly into his mouth. Holy f***, man; he just fell on the floor crying and scraping at his neck." Reynolds related.

Reynolds called the cops as bar patrons escorted Mr. Spears out into the parking lot. Spears wasn't confrontational but continued to yell "That's my thirty dollars!" towards the band. Once outside, the I-20 Outlaws' bassist and merch manager attempted to retaliate, but the crowd kept them separated.

When cops arrived, Spears was seated calmly on a planter and surrendered immediately. He was charged with assault and disorderly conduct.

Spears' friend Lucas McPhail filled us in on the details. "The band kept playing s*** that Reggie don't like - he's weird about that stuff… anyway, after they played a Georgia-Florida Line song or whoever, Reginald walked up and offered the singer 10 bucks not to play any more songs like that."

McPhail continued "They took his money and not 10 minutes later, they played something else that got Reggie sideways so he handed 'em a 20 this time. When he came back to the pool table, he reached in my girlfriend's purse for something and went back to playing."

"It was all good for the next hour or two, but when they played that "Stripping it Down" song, that was what done it." said Lucas. "He yelled 'I told you not to ruin my night you sumb**ch' after he sprayed him. I was kinda p****ed cause that song gets my girlfriend in the mood"

Reginald Spears has a long and bizarre list of misdemeanors in his past, many related to his obsession with traditional country music, according to his wife Laverne. Spears' lawyer said he expects his client to get off with time served and 150 hours of community service.

At press time, Brad Gilbert was recuperating after the severe burns to his mouth and throat, and I-20 Outlaws had cancelled upcoming gigs at the VFW and opening for Colt Ford in Baton Rouge.

Thanks to Country California for allowing us to take over this series!
The latest nonsense from Farcer at 10:30 AM 9 complaints 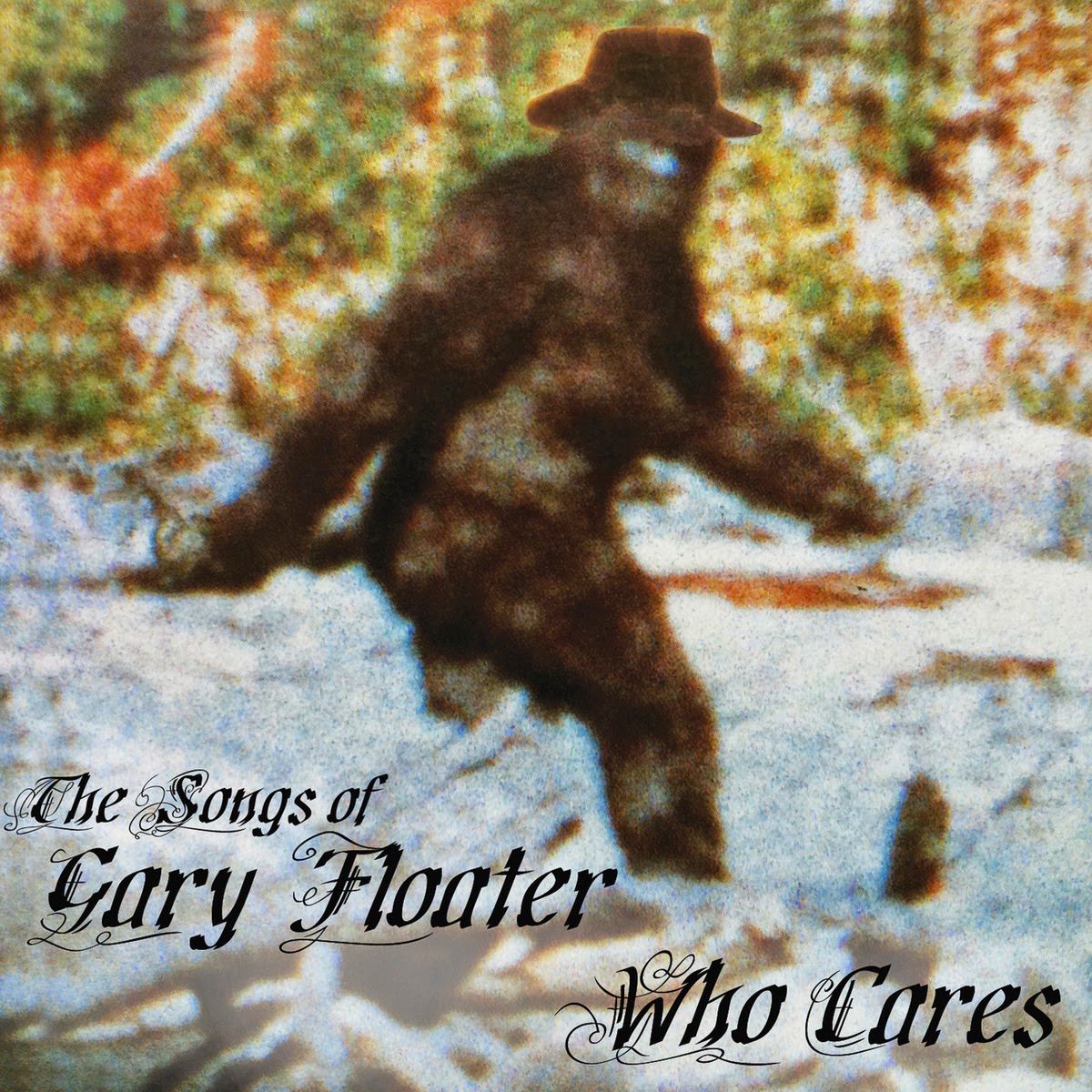 Who Cares is available on iTunes, Amazon, and probably some other places.
The latest nonsense from Farcer at 11:30 AM 0 complaints 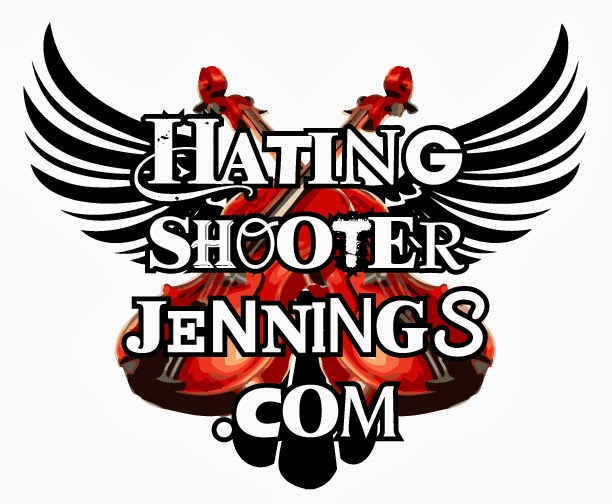