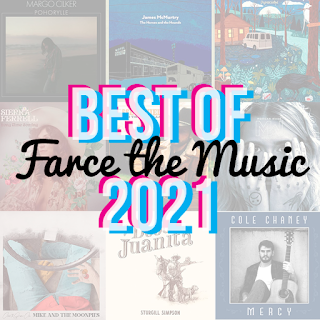 There's not much to say about this album that hasn't been screamed from the rooftops already. Morgan Wade is an exceptional talent writing catchy songs. The production on this album is top notch and the band matches the energy on each song. The future is bright for Morgan Wade and if you aren't on the bandwagon, hurry up and hop on. Top Song: Wilder Days

2- Sturgill Simpson- The Dood and Juanita

When Sturgill goes country, Sturgill is at his very best. When Sturgill creates an album using Willie Nelson's Red Headed Stranger as a template, you know you're in for something seriously good. And, Sturgill doesn't disappoint. The album explores all different aspects of mountain music while telling a compelling story throughout the album. If this is, in fact, Sturgill's final album, it's a hell of note to go out on. Top Song: Shamrock or Ol Dood (Part I)

3- James McMurtry - The Horses & The Hounds

There isn't an artist out there who has gotten better with age more than James McMurtry. I truly believe that. No other artist has let their music and lyrical content match the lessons they have learned over their long lives the way McMurtry has. On what might be his best album, McMurtry gave up a good bit of the guitar playing to focus on the singing and it works. I miss the jangle of McMurtry's guitar at times, but his band more than makes up for it. Top Song: Canola Fields

No album surprised me more than this one. Sierra Ferrell knocked me off my feet with this grand slam of an album focused on old time country music. This is Appalachian music at it's best. The music and band are impeccable but Ferrell's voice matches and surpasses each. She is going to be a long time in this music business and look forward to seeing how to progresses moving forward. Top Song: West Virginia Waltz

By far my most anticipated album of the year was CWG's follow up to his debut album, Seneca. And he fully delivered. The band CWG compiled for this album made the perfect backdrop for these beautiful and tragic tales on this album. From the scratchy fiddle to the roaring guitar solos, this album is not to be missed. CWG also has some of his best work to date on this album and I believe there is no place to go but up for this talent. Top Song: Jesse

I had never heard of JRM, but this album changed that and for good reason. The lyrics are reminiscent of John Prine. The voice is reminiscent of Jay Farrar. What more could you ask for? Top Song: Shenenandoah Shakedown

For the final installment of Joshua Ray Walker's trilogy, JRW uses all the influences he has to create a distinct album that only he could pull off effectively. And you can't convince me that anyone right now has a better voice than JRW. Top Song: Flash Paper

8- Drayton Farley- A Hard Up Life

Seems like the last couple of years have been big for country music that is simple, direct, and cutting. From Tyler Childers to Zach Bryan, it's been a recipe for success and Drayton Farley is following that recipe to the same effect. This album is effective and devastating. I can't wait to see what this guy can do with a full band behind him. Top Song: Pitchin' Fits

The boys for Dallas have done it again. They have created an album that is as much The Stooges as it is Dwight Yoakam. More people should know Ottoman Turks. If you don't know them, get to know them. Top Song: 35 to Life

Not a usual album for these lists here, but I can't help it. This album was incredible. You can watch the special on Netflix and it's great, but the music is what makes this. The album works just as effectively. I know there are a lot of albums that feel very appropriate to the times we are in- the mental anguish, the nerviness, the isolation- but there is none that is more effective at parsing out those feeling than this one. Truly an album for our times. Top Song: All Eyes On Me 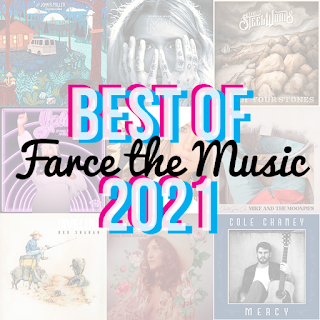 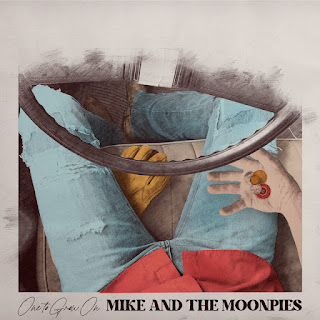 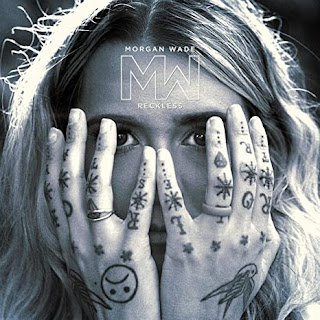 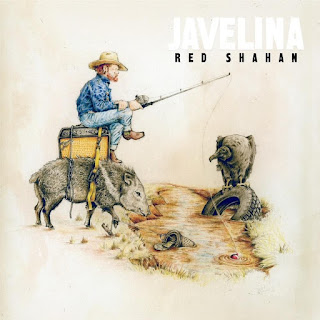 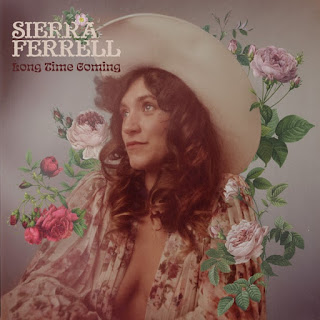 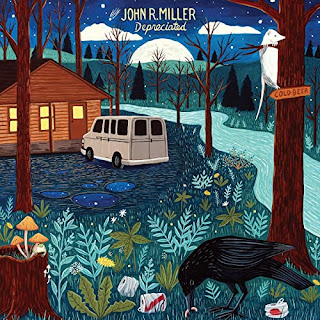 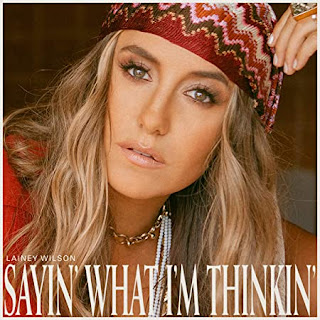 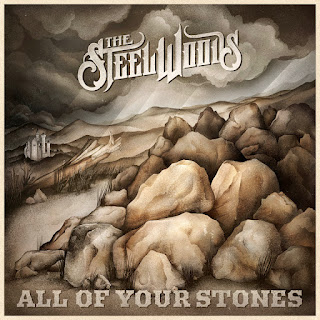 8. The Steel Woods - All of Your Stones 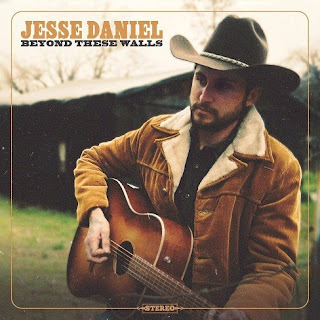 9. Jesse Daniel - Beyond These Walls 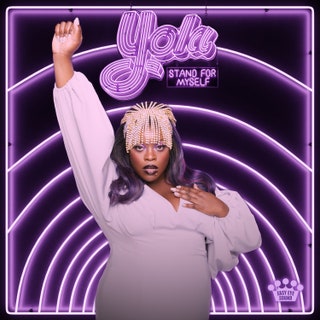 11. James McMurtry - The Horses & The Hounds

John R Miller’s, Depreciated, is an Album we can all Appreciate 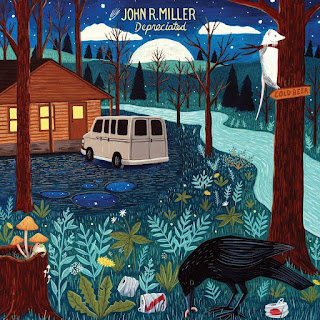 Time eventually comes for us all, but long before the Grim Reaper calls in our fate, we face diminishment in countless ways. John R Miller has taken both he tangible losses we see, as well as the ones we merely feel, and given us a collection of songs aptly titled Depreciated.

Th album opens with “Lookin Over My Shoulder,” a song that gives off a vagabond outlaw sense of wry humor. Sometimes you gotta sneak out of town, and sometimes you gotta tiptoe back so as not to face the wrath of an ex you left behind and this track brings that out with fearful tale about a man desperate to keep his whereabouts hidden from his ex, and the result feels like pure Honky-Tonk anxiety in all the best ways.

The sad refrains of a life hard lived continues with “Borrowed Time” a track about the way fragility of our place in the world as well as the things we spend our time and money on. The bluesy down on your luck vibes work well here and the track reminds me of both Sturgill and vintage Waylon with a vocal style that also conjured thoughts of Billy Joe Shaver. This mix leaved Miller with a sound that is all his own, but still honors the voices who have obviously inspired his journey.

There is a subtle shift with the third track, “Faustina.” This track has a meandering quality like that a lost, yet interesting soul puts off. This mirrors the up and down emotions of life and the songwriting pulls you in, but it is the honest, earnest delivery that brings the words home as you take on the miles alongside a road weary traveler. Lyrically this was my favorite track on the album.

Miller also devotes a lot of attention to his home region of West Virginia and the track “Shenandoah Shakedown,” reminded me a bit of the John Prine in its ability to capture the essence and lost paradise of a geographical area. “Comin Down” is another song about the urge to go back home amid the rut of adulthood and all the rote bits of responsibility that comes with it.

Romances come and go for most of us, and “Old Dance Floor” takes us on a trip that conjures up the nostalgia of sawdust floors, cold beers, and the flicker of neon lights amidst a cloud of cigarette smoke. A classic two-step vibe carries the tune along and makes it feel like one you might have heard before even though you know that you have not.

“Motor's Fried” is a fun ode to perseverance. To pushing on even when life hits those potholes a bit too hard. Saying to hell with it and burning it all down is a urge we’ve all fought and this track is sort of the motivational speech we need to not let the trials and tribulations wear us down and throw in the towel.

Guy Clark was always one of my favorite writers and Miller’s track, “Back And Forth,” was a nice reminder that there are other strong writers out there capable of giving us music that falls in line with Clark’s brand of wit and wisdom. Clark is gone but John R Miller is part of a young guard who has picked up the torch and their talent pledges to carry it forward.

“What’s Left Of The Valley” is an instrumental with a sort of a dark brooding undertone that contrasts the higher and lighter guitar melody over the top.  The piece conveys good emotion in its build and progression.

“Half Ton Van” is another tongue in cheek ode to life’s mistakes. Every musician I’ve ever known has made purchase of a road dog at some point. Sometimes it turns out to be a greyhound that gets the band where it needs to go, and sometimes it turns up to be a mongrel that bits you at every turn.

The last of the eleven track on the album is “Fire Dancer,” and lyrically this one was right there battling for favorite status. The progression of the word play pulled me along and I felt every emotion of a tale about things turning out differently than imagined. The mix of disappointment and nostalgia can be a sad one and it can lead us to take a destructive position but all we need s something to ground us or pull us back and this song very well could serve that role for those of us who have traveled down dark and dusty roads.

John R Miller is no newbie to the music world, but Depreciated, his debut with Rounder Records certainly puts his name up there with some of the best to ever pick up a pen or a guitar. No, there is nothing here that is likely to find great commercial success by Billboard or radio standards, and that is a true shame, but these are songs with grit and meaning, and in the end, those are the things that truly hold their value. That means this body of work will not depreciate, making the name of the album wryly ironic.

Travis Erwin is an author and music reviewer.

From his new album Depreciated, out tomorrow.