The latest nonsense from Farcer at 12:05 PM 0 complaints

From his forthcoming album, The Valley.

From Nick:
“We shot the video in my living room. I live in a house that was renovated in the 70s for the purpose of throwing swingers parties - The living room is actually a full bar like you’d find in a decent sized restaurant, with a rotisserie in the wall, a big stone hearth, and drop panel ceiling lights. And of course it’s got floor to ceiling dark wood paneling. So all I really had to do was get the cameras and lights and invite a bunch of friends over to party. Had a real good time.

The bartender was played by the uncommonly interesting Vejay Kesh, and “my buddy Eric” mentioned at the top of the song is played by my actual buddy Eric, who flew in from London to do the shoot. That good lookin’ redhead is my girlfriend Claire.”

More information about Nicholas and his self-titled album (out this past Friday!) below the video!

When the road calls, you’ve gotta go. Neo-traditionalist Nicholas Mudd hopped on his Harley and hit the open highway, plotting a 10-day trip from Lexington, Kentucky to sunny Los Angeles; a 2011 pilgrimage west that would prove to be a pivotal turn in his musical journey. His upcoming self-titled album spins like a top between themes of heartache, romance, the thrill of the sea, and booze-soaked youthful sensations.

Criss-crossing state lines and camping out to save money, Mudd hatched a journey down to Memphis, then through to Texarkana and Denton just outside of Dallas, and then inched his way across New Mexico and Arizona before finally arriving in California. “Waiting on Me” is a free-spirited, twinkling dance-hall cut, in which the singer-songwriter yearns for his former life back East, all the while knowing he’ll never return to it. “Well, it’s been five years now / And I can’t help but wonder / If she would even know me, if I came back home,” he sings.

Opener “Come with Me Tonight” jingles and jangles in true neon-strewn, boot-scootin’ fashion, while “High Lonesome” breathes in the expansive scenery and woodlands rolling like thunder down and away from him. Over the span of these eight songs, produced and mastered by Eric Rennaker, Mudd runs the gamut as a country songsmith, contrasting heart-torn whimpers with canyon-sized caterwauling.

Growing up in Lexington, Kentucky, surrounded by horse country and lush farmland, Mudd found himself immersed in country, southern rock, and traditional folk music. It was evident from a young age that he had inherited his grandfather’s musical interests. Leonard Mudd, now 92, always had a collection of guitars, mandolins, fiddles, dulcimers, and banjos sprinkled around his home, and still manages to make music from time to time.

Mudd’s exploration of music continued into high school when he formed The Blue Barrel Band, a cheeky nod to the fact they lacked an actual drum kit. “There was this giant blue plastic barrel in dad’s garage,” he recalls, “And we used it as a bass drum for our really bad folksy rock ‘n roll.”

Later, he took to Pittsburgh’s Carnegie Mellon University where he earned a degree in theatre, alongside another folksy music endeavor with some classmates. After graduating, he spent a few months back home before his cross-country trip to Los Angeles, where he took up an unpaid internship with a prominent casting director. The role soon led to a full assistant’s position, allowing him just enough of a financial foothold to get by in the City of Angels.

Music took an unexpected back seat for several years as he began his film career. Ultimately, two key events in 2015 spurred him to return to the musical fray: His first weekend trip to Bandit Town USA and his discovery of the Grand Ole Echo (a celebrated weekly summer country show in Echo Park). Surrounded and inspired by these communities of like-minded musicians, artists, and urban outlaws, he picked up the old ax and got back to it.

In late 2017, Mudd stepped into Bedrock LA for his first proper studio recording session. A daunting task ahead of him, the Americana troubadour suited himself up for a record that faithfully adheres to the neo-traditionalist style of the late ‘80s and early ‘90s. But he’s got a fire in his belly for gale-force songwriting and catchy melodies. His voice is ripe with emotion, from the teary waterfall of “Lady of the Night” to the ethereal bliss with closer “Sailing Song,” an almost post-apocalyptic fever dream. “I’ve seen mountains on the sea / I’ve seen fire in the sky / I’ve outrun southern gales / I’ve cheated death,” he sings, in whimsical swoons, as if gliding away on tides ripping out to sea.

Mudd lands somewhere amidst contemporaries like Joshua Hedley, Margo Price and Colter Wall. He’s never tied to convention, even when he leans so unapologetically into sturdy classic country structures. His voice, as much as his penmanship, stimulates the senses with the most universal human emotions spanning pain, loneliness and abject fear. Furthermore, his album rekindles the kind of raw storytelling for which the genre has long been desperate, and 2019 might be the year the industry finally pays attention.

Charley Crockett / "How Low Can You Go" / The Last Waltz

The latest nonsense from Farcer at 1:15 PM 0 complaints

Links to this post
Email ThisBlogThis!Share to TwitterShare to FacebookShare to Pinterest
Labels: Charley Crockett, Live performances, The Next Waltz 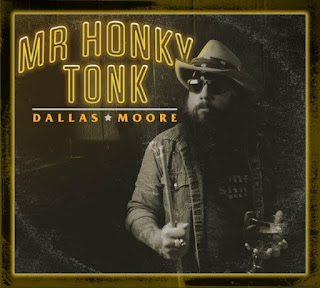 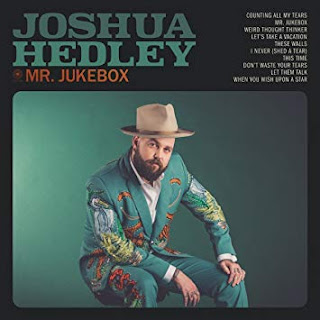 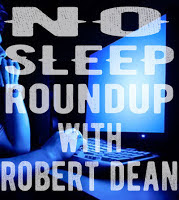 From his album Lonesome as a Shadow.