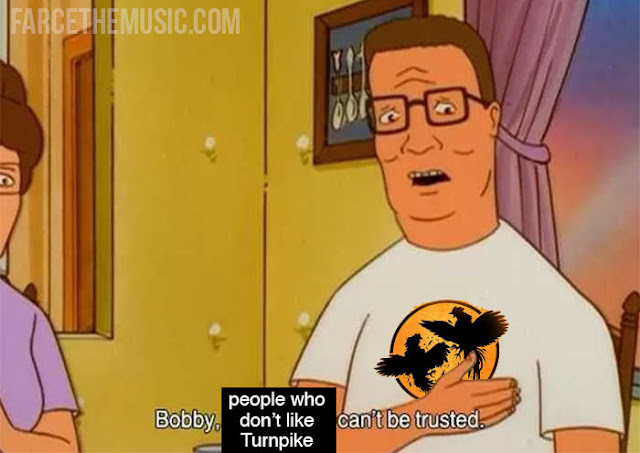 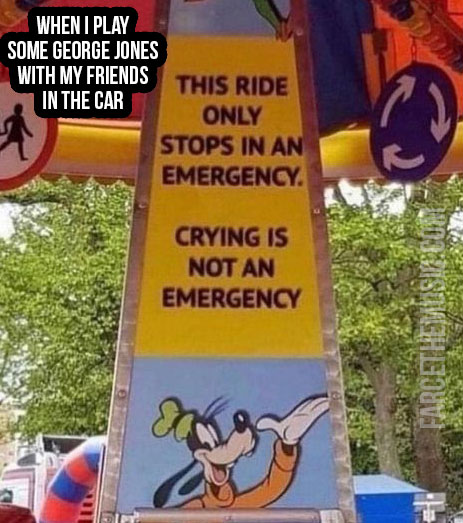 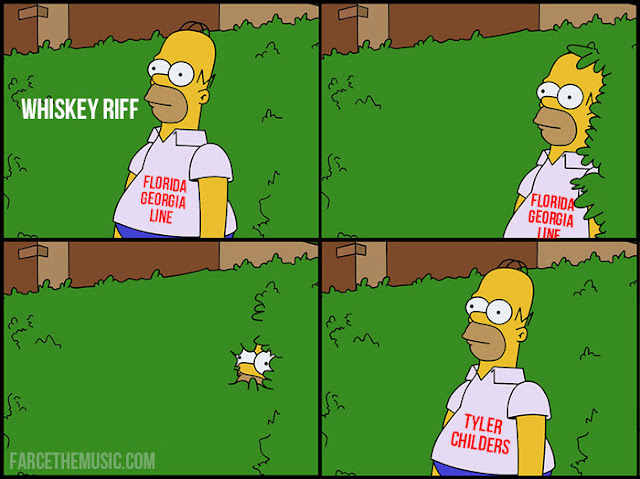 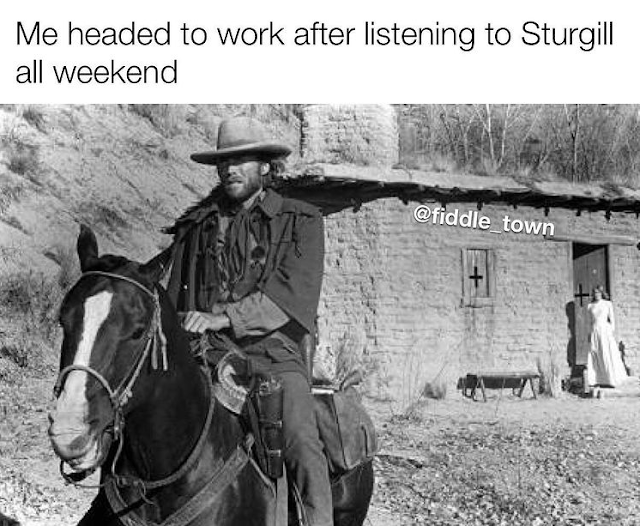 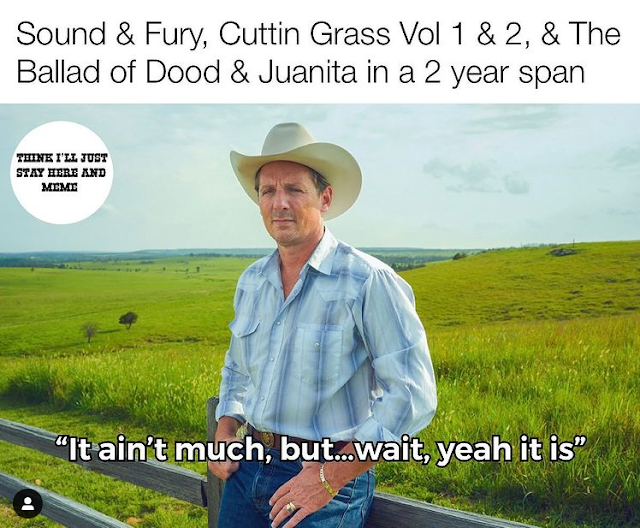 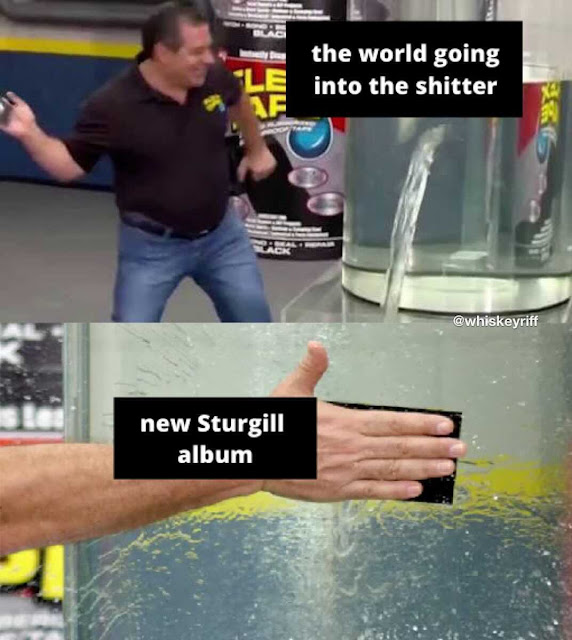 On Wednesday evening, North Korea launched an ICBM tipped with a nuclear warhead toward Hawaii. The missile fell into the Pacific Ocean and detonated relatively harmlessly. However, the US launched a return strike, decimating Pyongyang and several military centers of North Korea.

In retaliation for the unilateral action, China torpedoed a US destroyer in the South China Sea, setting off a vicious sea battle won decisively by the United States. In Beijing, a rogue official hacked into the nuclear launch systems and fired two ICBM's toward Los Angeles, which exploded just off the coast, killing thousands. The US immediately fired a return volley from ballistic missile submarines off the coast of Japan.

Within hours, more than one billion human beings had perished in a fiery hell, before a cease fire was agreed upon by several of the few remaining naval officers of the Chinese and US fleets. A cold, sooty darkness fell over the earth and suffering became the rule instead of the exception.

As hospitals and morgues struggled to keep up with the glut of dying and dead, and power grids and servers across the country began to blink out for the final time, we wondered what today's hottest country music stars and media personalities were saying on social media! Here's what was on their minds! 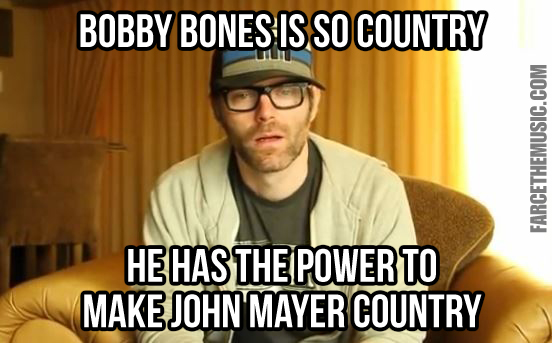 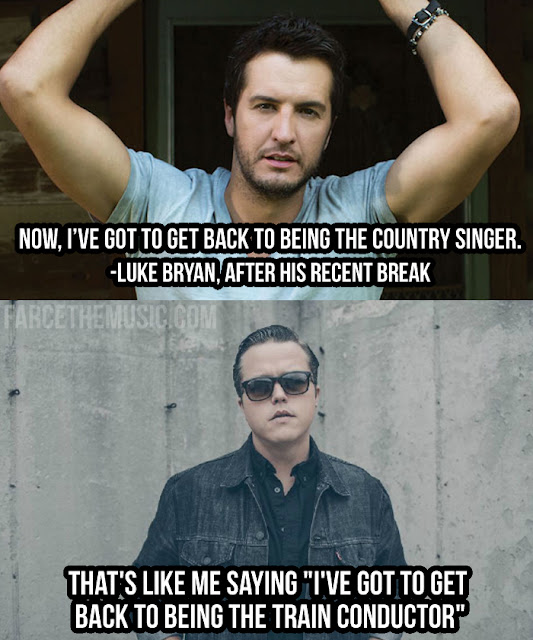 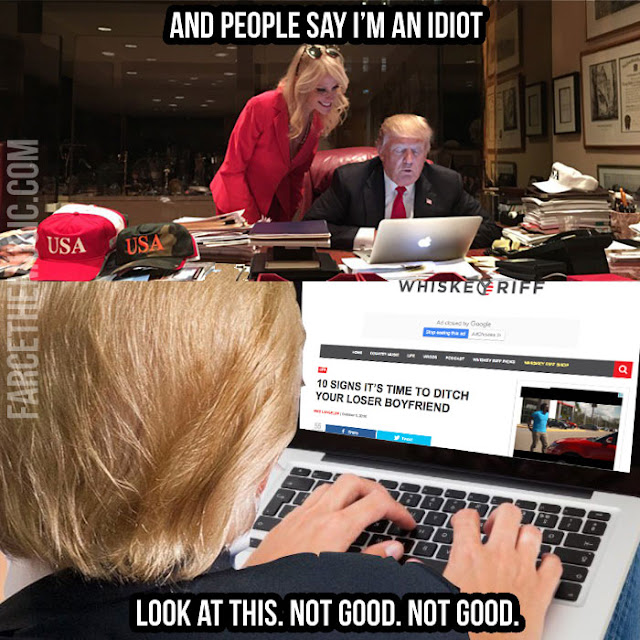 We Are All Jealous Haters?! A Response to Whiskey Riff

"It’s the same reason you hated the quarterback of your high school football team."
"If you’re a mainstream country hater, my guess is that you landed near the bottom of the social totem pole." -Whiskey Riff

I didn't hate the quarterback (sometimes running back, sometimes wherever they needed him) of my high school team. He was pretty cool. Better at baseball than football, went to Bama after high school. Even got drafted to the Reds and hung around in the minors for a few years. He's coaching now, I believe. We're friends on Facebook; we weren't ever actual hang-out buddies, but I certainly didn't hate him.

In fact the only douchebags I remember being on the team were a couple of tall twins who were overly rough in practice. Yeah, I have first-hand knowledge because I went out for the team one spring. Didn't stick with it - not because I got cut or anything - but because I needed to get a job the upcoming summer.

There weren't really highly defined cliques in my school at the time, but I hung out with what you might have called the popular kids. I partied around bonfires. I cut class to go swimming. I went on dates.

The point is, if high school was a popularity contest, I was not cut in round one. I hated to even list all that crap because it doesn't doesn't make me any more valuable to society than a loner (which I kinda am now) or a nerd or a goth chick, and doesn't add up to a hill of beans in a discussion of music. None of that is relevant to my tastes, and besides…. what adult still speaks in the context of high school cliques?

Let's get down to business. In their article "Here's the Real Reason You Hate Mainstream Country Music," Whisky Riff says that basically, if you don't like mainstream country music, you were probably an outcast in high school and you're still jealous of the popular, good looking people. If that's not the dumbest shit I've ever read, I'll probably read the actual dumbest shit next week on Whiskey Riff.

The article is pure clickbait, and I shouldn't take the bait, but I'm human. It pissed me off. Not only because it's so patently false, but because so many people actually believe that crap. It's the equivalent of a YouTube commenter saying "Ur a hater, ur just jealous" to someone who dared say Sam Hunt's latest song might not actually be country. It's a dumb, base mentality opinion from someone who's either not far removed from high school, or sadly, still stuck in that mindset.

Why are they artsy types? Were Waylon Jennings and Johnny Cash considered "artsy types?" No, they just played country music, like Cody and Sturgill do now. Sturgill was in the Navy and worked on the railroad… Cody was in a thrash metal band; you know, real geeky stuff like that.

After this section of the article they get back to their assumption that haters of music about trucks and chicks must not have ever partaken of kissing chicks in trucks or drinking beer in fields or whatever signifiers you wish to throw in. They also assume that if you didn't participate in these fun realities, you must really hate people who did - because EVERYONE MUST ENJOY THE SAME THINGS. As if people who didn't run with a clique, or someone who only hung out with that one dude from class who also liked Pokemon, or whoever… couldn't develop their own preferences for art that have nothing to do with their place in society.

Nearly every person I've ever met who likes the same kind of music I do seems like an honest and authentic person. Never once have we been discussing the music we like and one of us said "You know? I actually kind of dig Luke Bryan's music, but he's so good looking and rich and popular that I just can't in good conscience listen to him." Not once. Anyone who factors jealousy into their musical tastes is not an actual music fan. If you like Luke Bryan, freakin' listen to him. I like hair metal. Those dudes sold WAY more albums than Luke Bryan ever did, but I didn't say "nah, Skid Row went quadruple platinum and they had lots of girls so I hate them."

Skid Row also never put out a pop album and called it country, but that's a discussion for another day.

Whiskey Riff says to "get over it and leave the past in the past." The highly respected Urban Dictionary defines "projecting" as: An unconscious self-defence mechanism characterised by a person unconsciously attributing their own issues onto someone or something else as a form of delusion and denial.

You're projecting, Whiskey Riff. And thou doth protest too much. And other sayings of that nature.

People like what they like. That truth cuts both ways. I respect the fact that some people truly enjoy Luke Bryan. I don't literally assume they're stupid because of it. I may joke that they are, but the internet isn't real life. Americana music is enjoyed by a wide array of people. White, black, gay, straight, bad drivers, former jocks, current jocks, couch potatoes, The Bachelor fans, smart people, dumb people, fat people, skinny people, loners, and people who are the life of the party. Don't assume shit. I don't. My online "assumptions" are tagged as satire. Whiskey Riff's wasn't. The person who wrote it actually believes that crap.

Nobody dislikes mainstream country because they are jealous. Nobody that I know, anyway. They dislike it because they think it is substandard in comparison to country music released in past years, and to a high degree nowadays, it is not what many country and Americana lovers consider to be actual country music. That's it. That's why. End of story.

I wouldn't be surprised if Whiskey Riff soon publishes an article about how if you don't like mainstream country, you may be an associate of ISIS. Give me a break.

----
Addendum: I listened to the Whiskey Riff podcast this afternoon after writing this piece. While I didn't agree with a lot of their points, particularly on the first episode, I found them to be engaging and seemingly decent dudes. I also agreed with them on a lot of subjects. They mentioned listening to Stapleton, Alan Jackson, etc in their personal time, so I guess we have some common ground. Still, I vehemently disagree with the article referenced above and stand by every word of this rebuttal.
The latest nonsense from Farcer at 8:50 PM 3 complaints 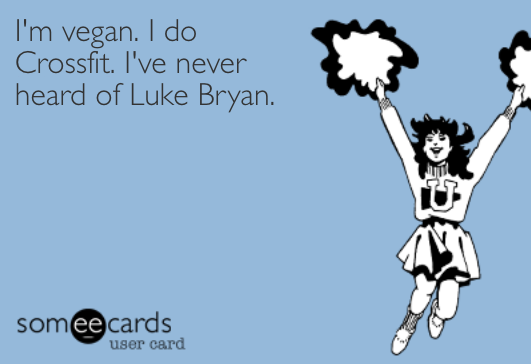 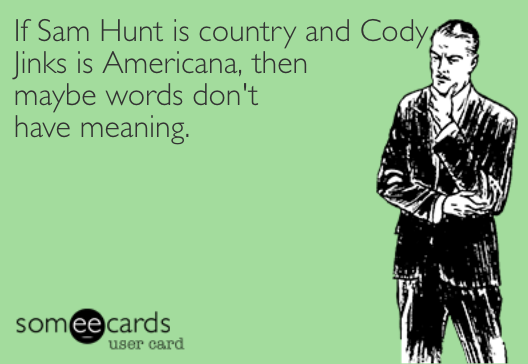 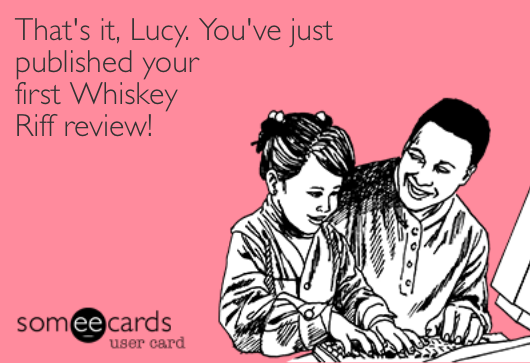 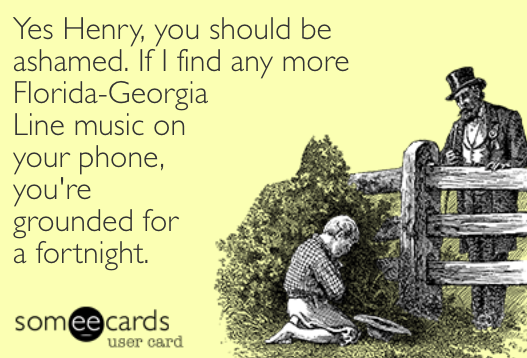 Some Trump Executive Orders We Could All Get Behind 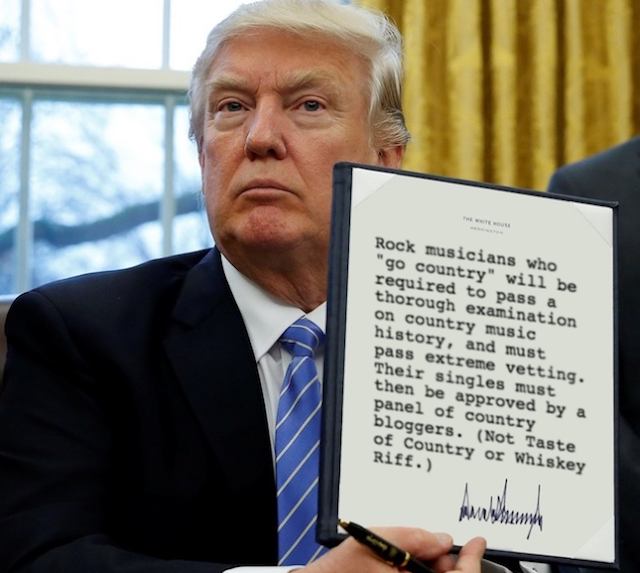 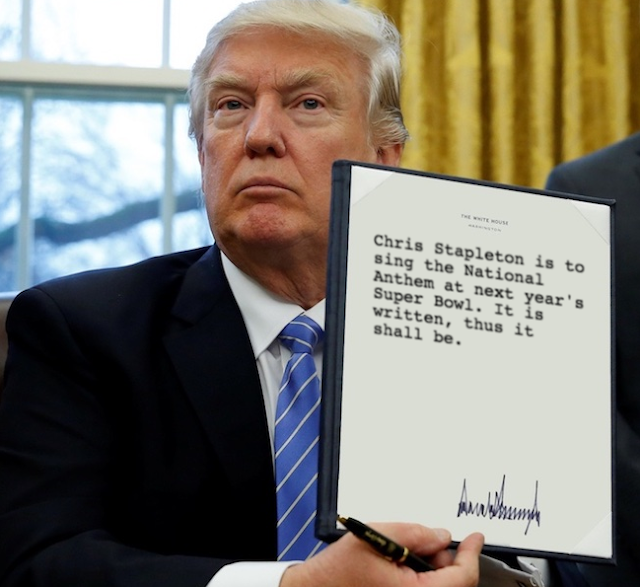 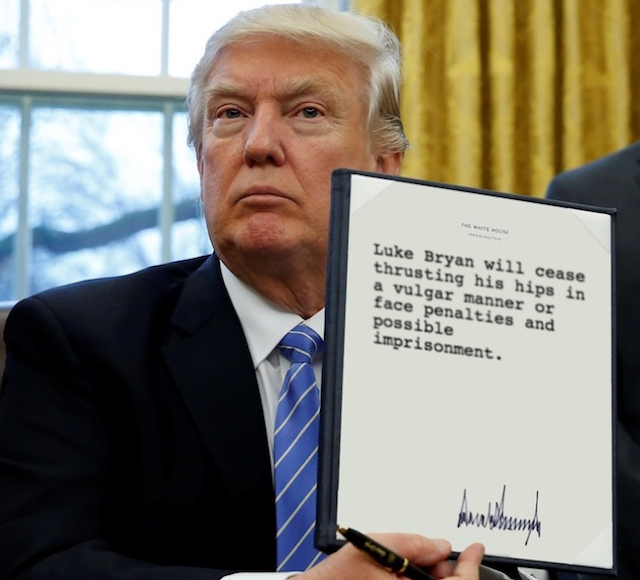 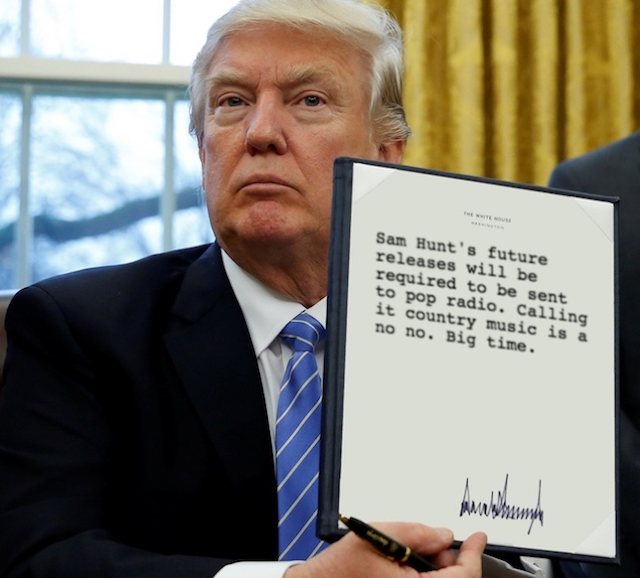 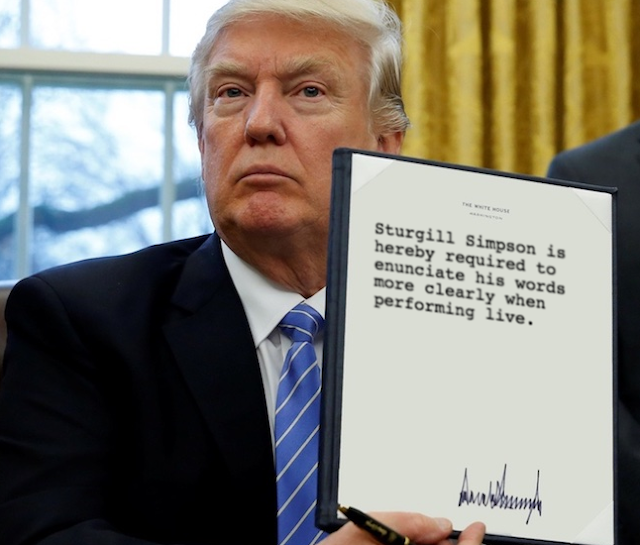 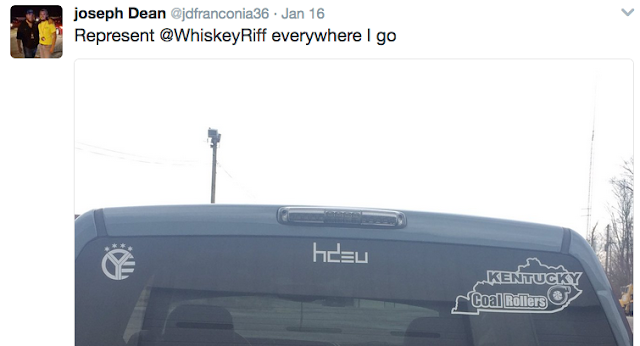