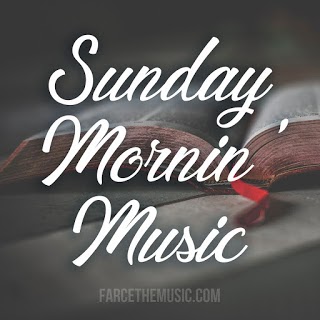 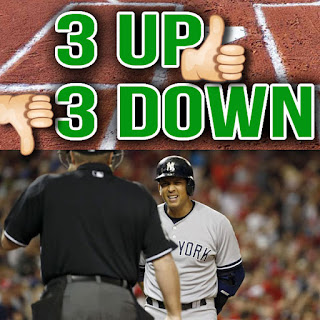 Some would imagine that relatively under-the-radar country singer/songwriters would not be as likely to be divas and d-bags as the ultra-hyped superstars. However, this is not to be.
Here are some of the most egregious offenders.
---------- 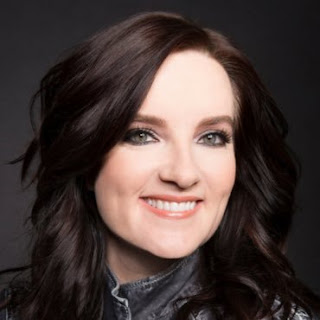 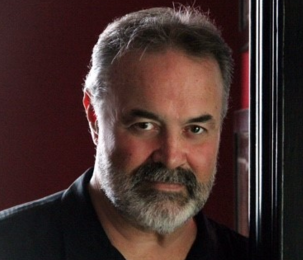 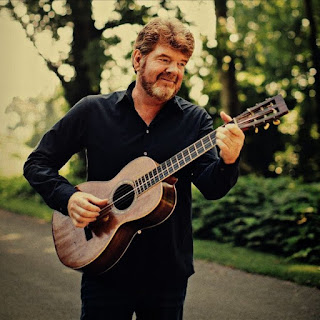 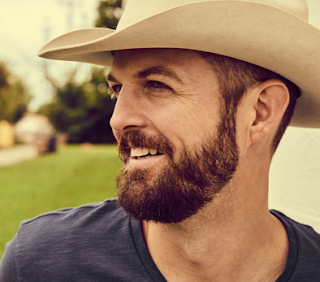 7. Josh Grider
Does not tell someone if they have a booger
Hobby: Martin Shkreli fan fiction 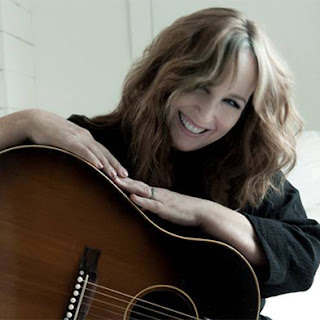 6. Gretchen Peters
Has been kicked off multiple flights for fighting and drunkenness
Personally puts tiny scratch on each vinyl album ordered through her website 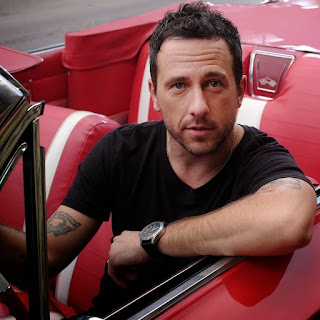 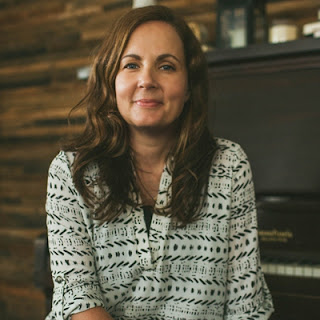 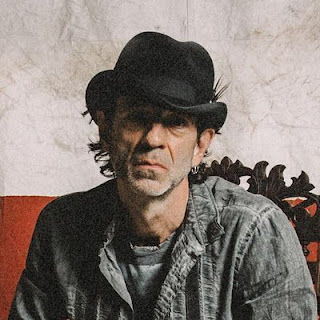 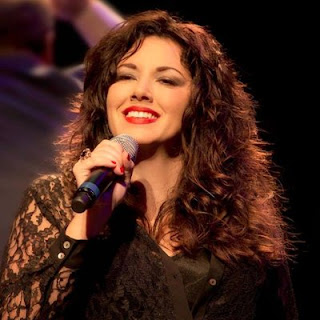 2. Mandy Barnett
Writes "Nice" on page 69 of every library book she checks out
Coughs on buffets
Still wears a bluetooth earpiece 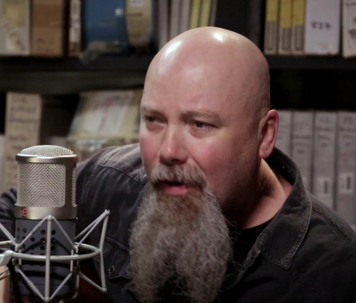 From his new album First Cigarette.

Travis Meadows is the writer behind such stellar Nashville hits as Jake Owen's "What We Ain't Got" and Dierks Bentley's current single "Riser." Here's his new video for "Old Ghosts," a song from his 2013 album, Old Ghosts and Unfinished Business.

Three Up Three Down: December '14


Maddie & Tae - Girl in a Country Song
This is both a good song and a culturally significant song. Rarely do those two things equal a popular song, but here we are with it sitting at #1 on the Mediabase charts and others. Are listeners grinning a little and moving on to the next booty-on-a-tailgate song or nodding their heads in acknowledgement? It's hard to know right now, but I suppose we'll see in time. The fact that these thoughts about sexism and clichés in country music are now out there beyond FTM's constant complaining and the occasional newspaper website think-piece is a good start. The fact that Maddie and Tae have proven on their recent EP to be more than the vehicle for what some surely consider a novelty song is even more favorable. Fingers crossed.
B+


Eric Church - Talladega
Eric Church does nostalgia better than anyone on the charts right now because he starts with the personal and makes it sound universal, while everyone else seems to be taking the opposite approach. "Talledega" sounds like a big ol' yeehaw, NASCAR loving anthem if you just pay attention to the high points, but it's really a small story wrapped in a big idea. The chorus might call on everybody to sing along and it may beg for sponsorship opportunities, but the verses actually make you miss the fun and friends from that trip you may or may not have ever even made to watch cars turn left. It's wistful and epic and everything this kind of song should be.
A


Jake Owen - What We Ain't Got
Co-written by Travis Meadows and Travis Jerome Goff, "What We Ain't Got" is a powerful ballad about never being satisfied with with one's situation, possessions and relationships. It's a simple longing that falls into several categories of the Christian concept of sin, but one that no one is immune to. Jake Owen spoke of this song as a harbinger of change and he wasn't over-hyping it. The song opens Owen's field of view and enlivens the possibilities for his future work being more varied and deeper than flip-flops, summer flings and tan lines. It's also great for country radio, since its frequent play forces dunderhead bro's to listen to something with actual artistic merit and positive moral implications. Jake's vocal talent and commercial momentum combined with a truly great song make this a release of considerable importance.
A+


Parmalee - Close Your Eyes
They rhyme "hotter" with "water." That's enough to disqualify this song from being anything I'd ever listen to on purpose, but worse than that, "Close Your Eyes" is a color-by-numbers. bro-country lite song created specifically to be airplay filler. And now, it's top 10 airplay filler. The emperor has no clothes and nobody gives a shit. Sing familiar words with a familiar melody that fits into the current sonic model and don't make anybody think negative thoughts and you've got a hit. Well done, Parmalee, former rock band who couldn't hack it without switching genres to take advantage of country radio's doldrums. Take a bow.
D


Scotty McCreery - Feelin' It
I've said it before: Scotty McCreery has a fantastic country voice. Much like his vocal doppelganger, Josh Turner, he's struggled to find material that both fits his rich delivery and the whims of commercial country music. He's done it with this track - if by "done it" I mean, focused entirely on the whims portion of that last sentence. Not that he sounds bad singing this craptacular song, it's just that any minuscule thread of artistic quality is foregone for a steady run up Bob Kingsley's countdown. How bad is this song? Well, Ray-Bans are rayin' and cut-offs are cuttin', whatever those two statements mean. The build to the chorus is basically saying "here, I will continue to sing you this song about how we are enjoying chilling in the sun and drinking beverages." The chorus is basically saying "We are greatly enjoying chilling in the sun and drinking beverages." Then he rhymes "hotter" with "water" and you already know my disdain for that sort of thing. This song can take its "glossin' lip gloss" and kiss my ass; it's completely embarrassing and pathetic. Scotty, if you're going to use your gift to unleash tripe like this upon the world, I'd rather you go back and give minor league baseball a shot. "Screwball's screwin', catcher's chewin'…."
D-


Florida-Georgia Line - Sun Daze
I'm sure I've already said enough about this one with memes and whatnot, but hey, it still sucks. While I did actually like "Dirt," I'm starting to think these guys are just lowering the bar with nearly every single to make their mediocre work sound like classics. "Sun Daze" is stupid, derivative, artless, and is only catchy in the way that kidnapping sometimes brings about Stockholm syndrome. FGL's previous low-water mark was "This is How We Roll." That song was at least interesting with its obvious critic trolling slang and attitude. This song is just spectacularly awful and further proof that you can never underestimate the taste of the American public.
F
The latest nonsense from Farcer at 9:00 AM 3 complaints

New Video: Jake Owen - What We Ain't Got

Jake Owen's stark new clip for one of FTM's favorite songs of the year (mainstream or otherwise) features an extended cameo from the song's writer, Travis Meadows, who I got to see perform last weekend. Watch the whole thing... it seems simple at first, but the slow reveals are quite moving.

Here's Travis Meadows performing his song "What We Ain't Got," which is Jake Owen's current single. I'm going to see Travis perform tonight!

and here's Travis Meadows' singing the song he wrote with Travis Jerome Goff:

If you don't know of Travis Meadows, now's the time to meet him. He's a Mississippi-born songwriter with an amazing story. He writes killer tunes about real life. He's currently experiencing quite a year for a writer - the title track on Dierks Bentley's newest album, Jake Owen's new single, and one of the stronger tunes on Eric Church's recent album. Here's "Learning to Live Alone."

The latest nonsense from Farcer at 9:30 PM 0 complaints