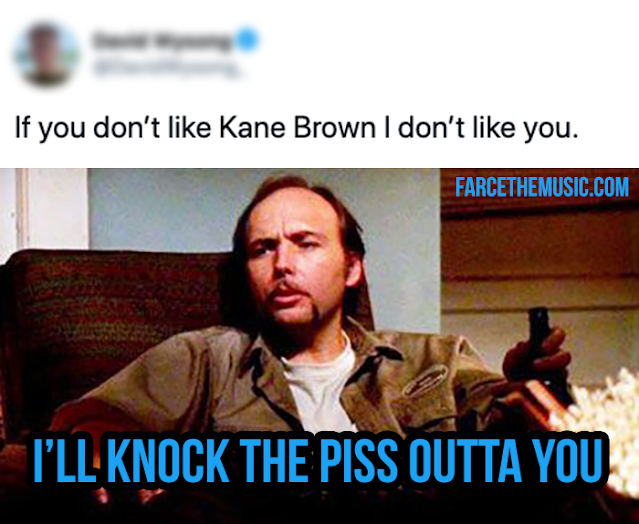 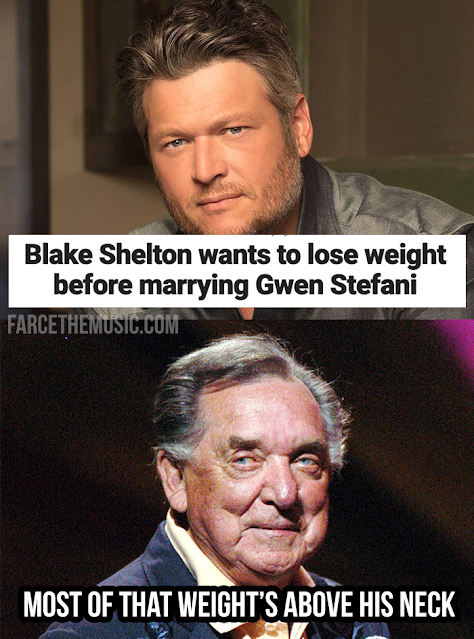 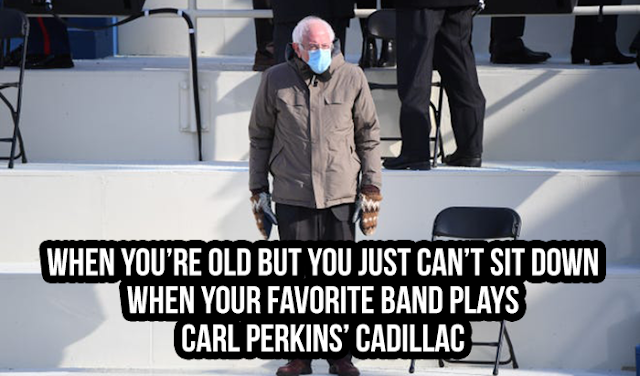 "You shouldn't talk bad about country singers you don't
like. Just don't listen to them"

When somebody says you're racist for not liking Kane Brown

If you're a pop singer who can't make it in pop
so you release your pop song to country radio with a token fiddle, you are a

When "Crazy Arms" comes on

Why did you hide your Scotty McCreery album collection from me? 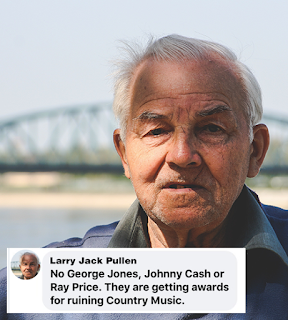 Larry Jack Pullen of West Memphis, Arkansas, who may be in possession of a device that can transport humans through time, is very upset with the Academy of Country Music awards nominations that were announced yesterday. He took to Facebook to announce his displeasure, saying “No George Jones, Johnny Cash or Ray Price. They are getting awards for ruining Country Music.” The comment was in response to a Facebook post that listed the likes of Thomas Rhett and Luke Combs as 2020 nominees.

When reached by Messenger for comment (I didn't tell him the artists he listed were no longer alive because I assumed he knew), Pullen went on a long rant about the fabric of America, smart phones, and something about “the Chinamen,” before finally getting back around to country music.

“Riley Green, who’s she? If Johnny Paycheck isn’t up for best male artist, then what the hell is even going on? Nobody respects are elders any more and that’s why Jimmy Carter got elected.”

I asked Larry Jack if he could share the secret of time travel with me, but he said I must be on the reefer to ask something like that. “Your one of them what’s trying to make country music liberal and gay, aren’t you?” he asked. “IF YOU PEOPLE BY GOD RUIN WHAT GLEN CAMPBELL AND CONWAY TWITTY WORK EVERY DAY TO KEEP STRONG I WILL FIND WHERE YOU LIVE and you will regret it!”

I tried to calm the conversation, but it was no use. “It’s a g***amn shame what their doing.” said Pullen, “I bet Tammy Wynette won’t even be preforming on the show, will she?” When I let him know that Wynette had sadly passed on, he told me to send condolences to her family and let him know where to send flowers.

*this is based on a real Facebook comment (just the first one) - only the name was changed*
The latest nonsense from Farcer at 9:00 AM 0 complaints 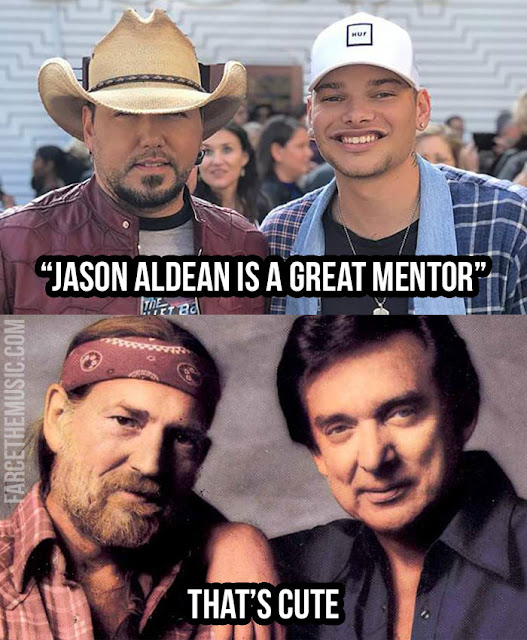 Way Down in His Soul: An Interview With Zephaniah OHora