View this post on Instagram
This is not the cover many of you want right now, but I can assure you it’s the cover you need. If you’re anything like us (and 75% of my timeline) you haven’t been able to look away from the absolute train wreck that is “The Tiger King” on @netflix. The murder, the mullets, the new level of redneckery...all great reasons to watch, but what blew my mind was the music videos this guy recorded. If you haven’t watched it, I HIGHLY recommend you take the time to do so. I woke up with this fucking chorus in my head so I decided to chart it out and give it a go. This is the only take that I didn’t make myself laugh, so I considered it the “best” take. I hope everyone is staying safe out there. Maybe this can help pass a little time. 🐅🐅
A post shared by BJ Barham (@americanaquarium) on Mar 25, 2020 at 6:36am PDT 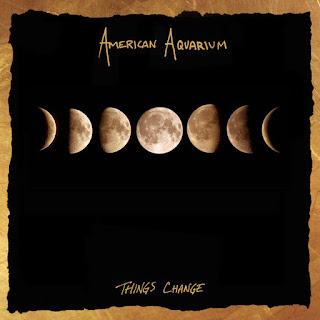 When I heard the news last year that American Aquarium was experiencing a mass exodus of all members except for singer-songwriter BJ Barham, I wondered what form Barham would continue on in.  I knew that he'd continue.  The songwriter in him showed no signs of quit, of having that hard-earned time out on the road be for nothing.  I will admit that I was shocked to hear that the name American Aquarium would continue on with all new members.  But, at the end of the day, Barham's earnest lyrics and dedicated-to-the-craft workmanship is what made American Aquarium truly work.  So, it should be no surprise that the latest output from Barham and new mates is just as impressive as ever.

Barham seems to find that muse of his when his back's against the wall.  When he feels like he's been backed into a corner and the only way to get himself out is to fight like hell.  It's what we saw with 2012's stellar Burn. Flicker. Die.   And now we see it here on Things Change.  I think that muse was burning from both ends of the same candle on this latest output as Barham saw not only the end of his band, but a change in the U.S. that was hard for many to grapple with.

I'll get that political upheaval out of the way first because I think that may turn some folks off.  It shouldn't.  Barham writes from his personal worldview.  You might disagree, but he isn't wrong either.  When he sings of seeing the hate his grandfather fought against being alive and well, it's there.  And, regardless of who won the election of 2016, it was still going to be there.  So, before getting mad at yet another artist who should just "shut up and sing," just listen.  Try understanding that there are folks out there that are worried- on both sides.  We are scared of each other, but we can change that.  Music is one of the things that can, and does, bring us together.

As far as the other subjects on the album, there is a mighty heavy dose of regret and hope when it comes to losing friends you've had for years.  There's always sadness when you lose someone- whether it be by choice or, god forbid, death.  But, there is always hope and happiness in what that change can bring.  Barham doesn't shirk responsibility for those relationships failing.  He meets them head-on and tries to learn lessons from those failures.  He addresses the man he used to be when he would blame every trouble he had on every woman who did him wrong ("One Day At A Time").  He addresses the booze that always led him astray and towards self-destruction ("I Gave Up The Drinking").  Barham knows he isn't perfect, but his ability to stare his demons in the face with hope is what makes the album so incredibly stunning.  And, that's just the words...

The music on this album is a synthesis of every single American Aquarium album up until now.  There are hard-driving rockers ("Crooked+Straight"), acoustic self-reflective songs ("One Day At A Time"), and straight up country songs ("Work Conquers All").  While the band prior to this iteration was a pretty damn good band, this new band has absolutely crushed any expectations one could have had going into this album.  Barham is the glue holding the band together, sure.  But, the band takes his bare bones songs and kicks them up countless notches.  I don't think Barham could have chosen a better group of musicians for this new era of American Aquarium and I can't wait to hear where this band goes from here.

So, give these songs a listen.  Take time with them.  Don't get turned off because he says something that might not be what you want to hear.  Hear it from his point of view.  Music is the great equalizer and as always, hope springs eternal.   And don't forget to go see Barham and crew as they come to your town!

Things Change is available everywhere you enjoy good music.
The latest nonsense from Farcer at 10:30 AM 0 complaints

Recorded by Trailer
The latest nonsense from Farcer at 1:00 PM 0 complaints 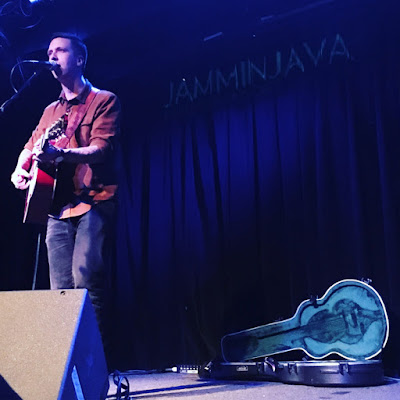 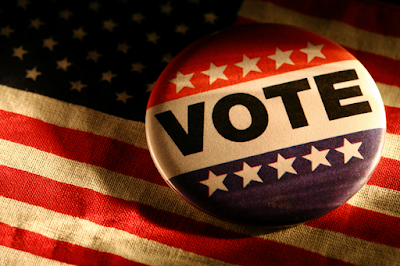 Don't forget to vote today! And here are some random polls about country music. Write-ins go in the comments.


Entertainer of the Year


Songwriter of the Year
The latest nonsense from Farcer at 9:00 AM 0 complaints

The latest nonsense from Farcer at 1:46 PM 0 complaints