“Give us a Bottle of Jameson” Quenches a Certain Thirst

Most of the time, I'm burned out on the Irish folk stuff. I'm crazy Irish, and I get it. I've heard the songs and jokes and have had enough Guinness to last a lifetime. I also know that you don't ask for an Irish car bomb while at a bar in Ireland. (Fun fact: my great-grandfather was in the original IRA.)

But, on his new song, "Give us a Bottle of Jameson," Murphy's Lawyer won me over. Instead of being overly traditional in fear of upsetting the purists, this is more of a fun bar tune that's still Irish folk. Still, there's a little grim, maybe a showing of the canines of something a little more influenced by some 90's alternative rather than the Clancy Brothers.

"Give us a Bottle of Jameson" dropped just before Halloween on all the platforms, and it's been making some noise for those into the genre, which is good for Murphy's Lawyer as he's a full-time balladeer in the pubs of New York. As mentioned in the press release for the tune, it's a fun little descriptor that offers insight into what the song's about, "Give Us a Bottle of Jameson' began as a rhythmic etude and devolved into complete musical debauchery. Listen as the protagonist Paddy weaves in and out of 6/8, 9/8 and 12/8 as he makes his way from Mary O's in the East Village, to the local liquor store and ultimately to a jailhouse cell in this blistering tongue-in-cheek tale about a man and his destructive love for a certain beverage. Offaly man Jayson Darby of The Wild Goose in Queens, NYC makes a cameo to chime in on his whisky preference." If you've got a fetish for some good-times, floor-stomping songs you'd hear during a happy hour, complete with some hoots and hollers, along with plenty of spilled shots of Jameson, this will ring your bell. That genre has few surprises because of its adherence to the old school, but this is a nice departure in style and sound. And if Murphy's Lawyer can keep pushing the boundaries of his narrative and how he tells his stories, there's a lot to be excited about as we see his evolution.

The latest nonsense from Farcer at 1:10 PM 2 complaints 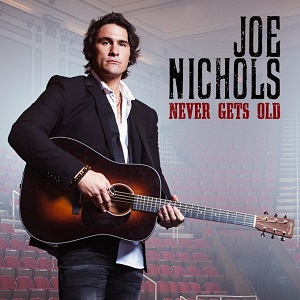