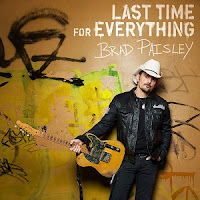 He’s just the best at his job. Brad’s album Love and War is full of reliable tunes, at least four of which are potential Songs of the Year. This isn’t one of them, but it is his current single at radio. After Today (which is one of them), he takes the theme ‘what can’t we do anymore?’ and wraps a lovely melody around it. Notable in the arrangement is the sound of the snare drum, which thwacks away on beats 2 and 4, and the way the fellow male voices wrap around Brad’s.

The chorus goes ‘Last call, last chance/ Last song, last dance’, which is pretty anthemic. Of the ‘everythings’ Brad laments the last time of doing is cutting off a mullet, hearing Little Jimmy Dickens at the Opry and Prince singing Purple Rai-iiiin, using a fake ID, introducing your ‘fiancee’ rather than your wife (or ex-fiancee if the wedding doesn’t take place…There’s a song in that, Brad) and eating ‘biscuits and gravy at your momma’s house’.

Like Brad’s best tunes it’s about time, moments and life. Brad and his mates in the writer’s room have a knack of melding the familiar and the abstract. There really has been nobody better (and I include the likes of Shane McAnally and Brandy Clark here) at boiling down the human condition in a country tune that you can hum and boogie to.

I have no idea what that's all about...
The latest nonsense from Farcer at 9:00 AM 0 complaints

The latest nonsense from Farcer at 7:30 PM 0 complaints 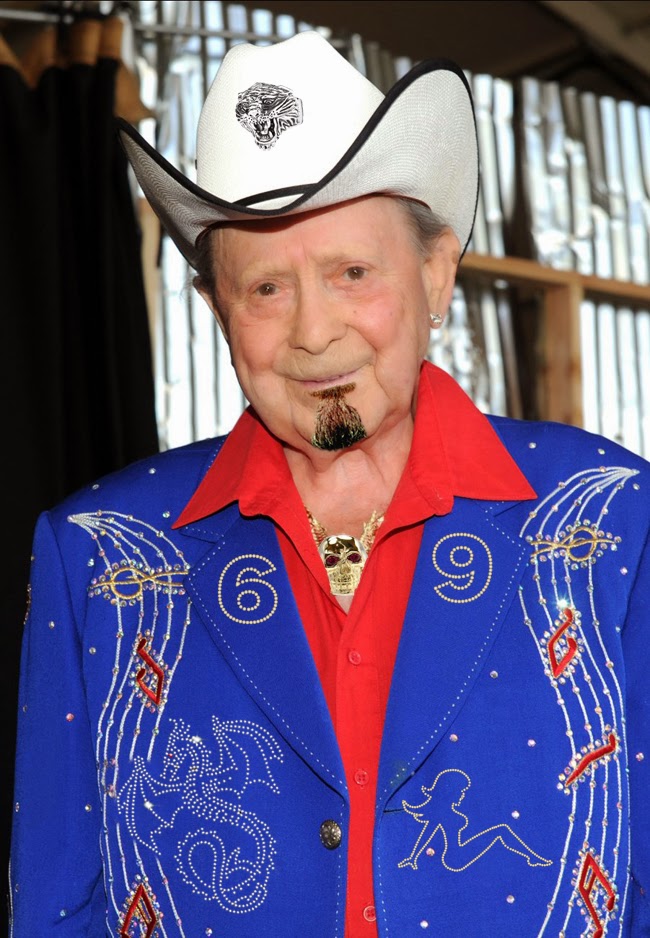 Thanks to Justin Chambers for the idea to do this one!
Original concept by the Cooper Brothers.
The latest nonsense from Farcer at 10:32 AM 0 complaints 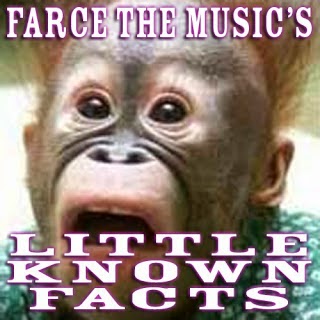 Webster's dictionary defines a one-man-band as an individual that can not
properly do one of the four things needed to be an entertainer well, so they do five things at once.

The same night that Luke Bryan fell off the stage,
Tim McGraw fell through an air conditioner vent on stage.

The Devil has reported a 99% increase in music battle victories
in the state of Georgia over the last three years.

Randy Houser did'nt approve of this fact but he did proofread it.

Rolling Stone Country recently interviewed Tom Arnold and asked him
who his favorite country singer was. He replied "Nobody is
better than Sturgill Simpson but I can most relate with Blake Shelton."

Carrie Underwood and Miranda Lambert's "Something Bad" was originally
the winner of a "Write a Song Even Aerosmith Wouldn't Cut" contest in 1998.

'We Hate Pop Country' did not write this fact, but they may adapt it into a meme in the future.

Chad Kroeger of Nickleback currently has pending lawsuits against twelve
of the top 25 artists on the Billboard country charts for copyright infringement.

In a recent interview Shooter Jennings stated that he has always looked up to Little Jimmy Dickens.

In 2009 Tyler Farr caught laryngitis. He still has it.