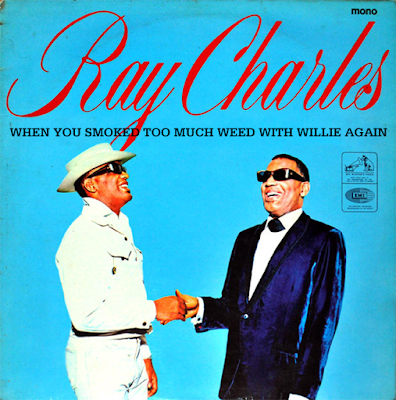 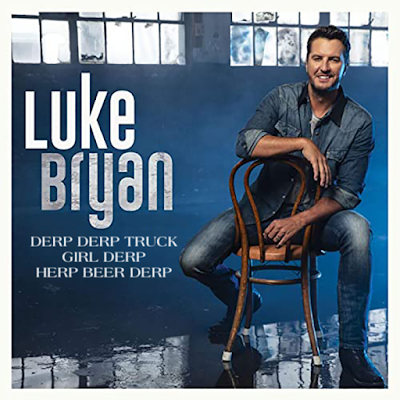 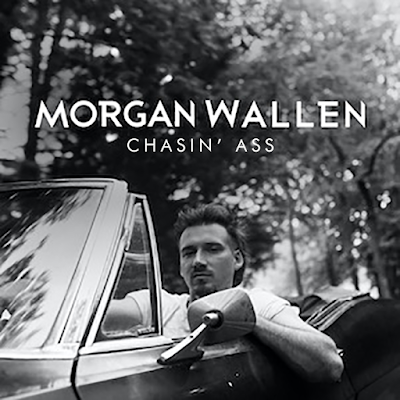 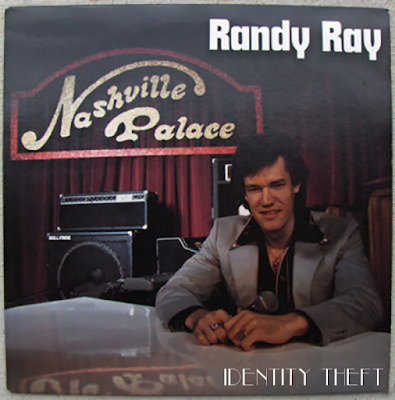 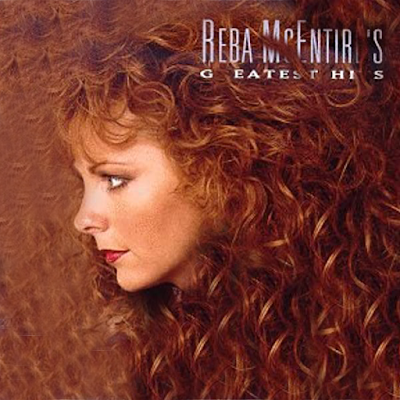 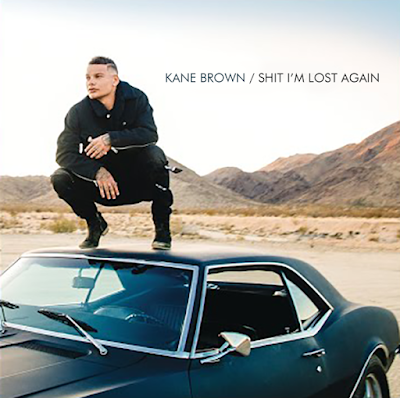 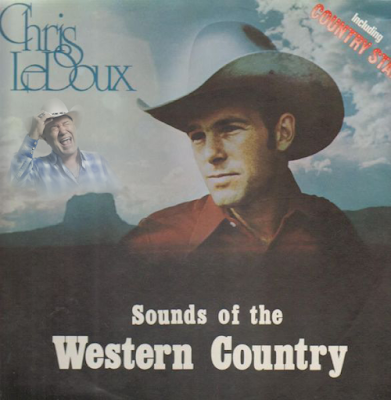 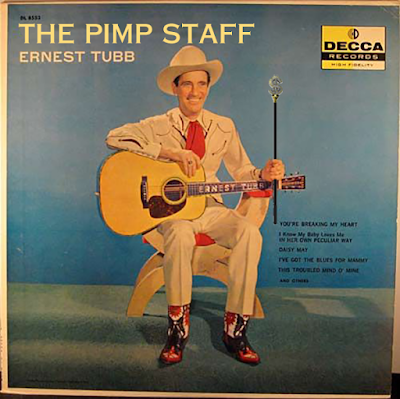 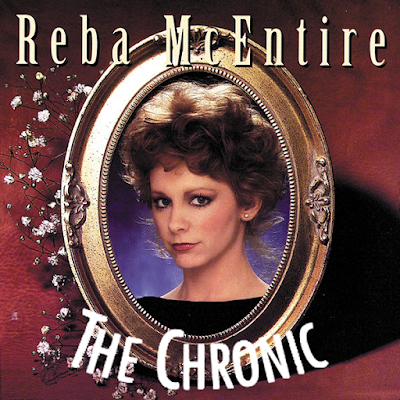 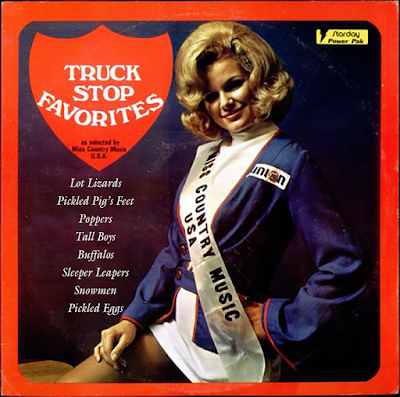 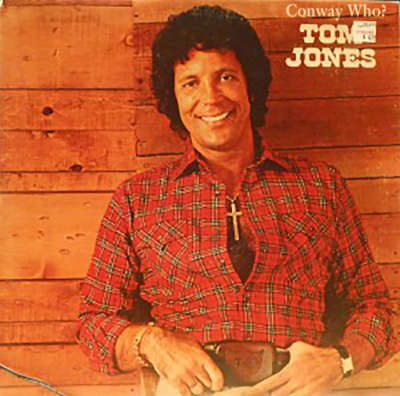 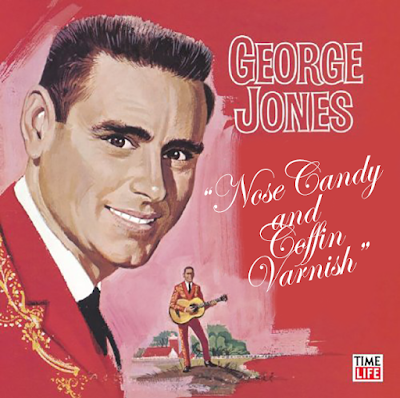 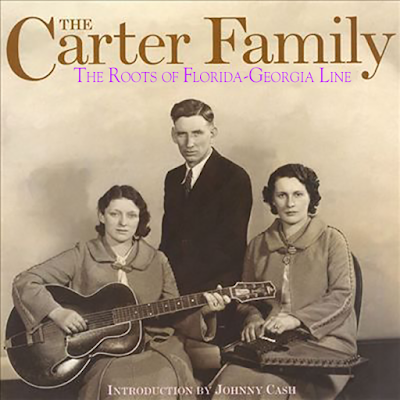 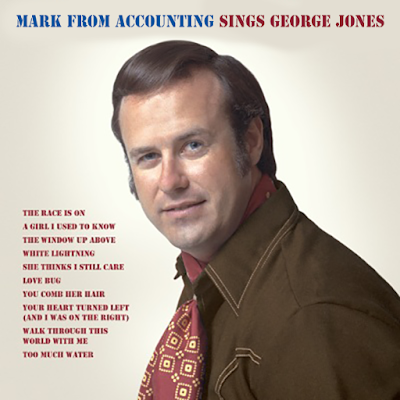 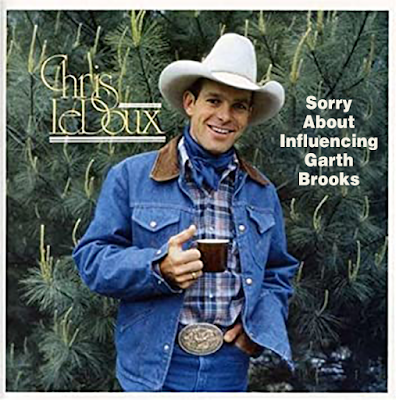 Ranking the Country Chrises With Steak 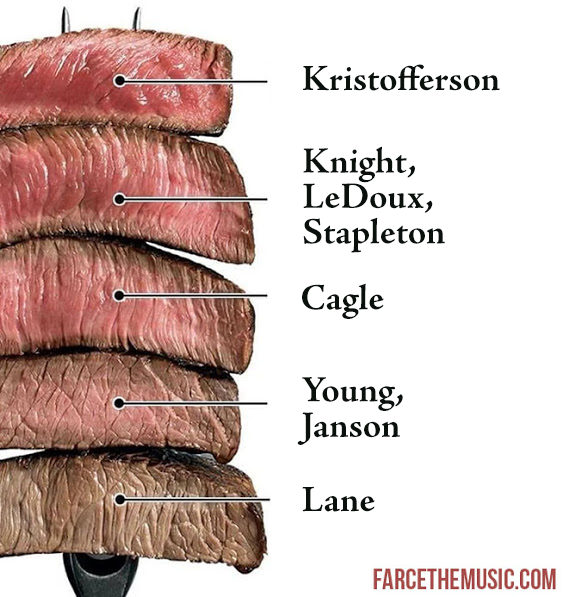 (I actually like medium rare the best, so this isn't necessarily saying rare steak = best steak.
It's just a dumb meme metaphor. And Chris Gaines was soft rock, thus the exclusion.)
The latest nonsense from Farcer at 10:30 AM 0 complaints

When He Don't Saddle Up and Ride Away

♫ Lord I know I'm gonna die in this stampede ♫

What happens when you insult Robert Earl Keen

When Kelsea Ballerini gets a ton of
ACM nominations this week

When they play Luke Bryan
over the public address system 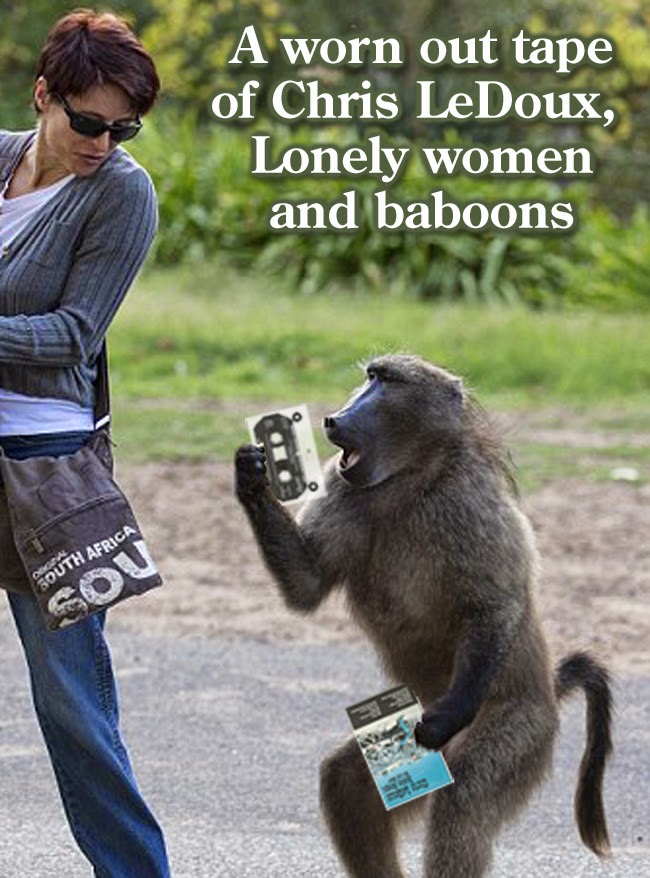 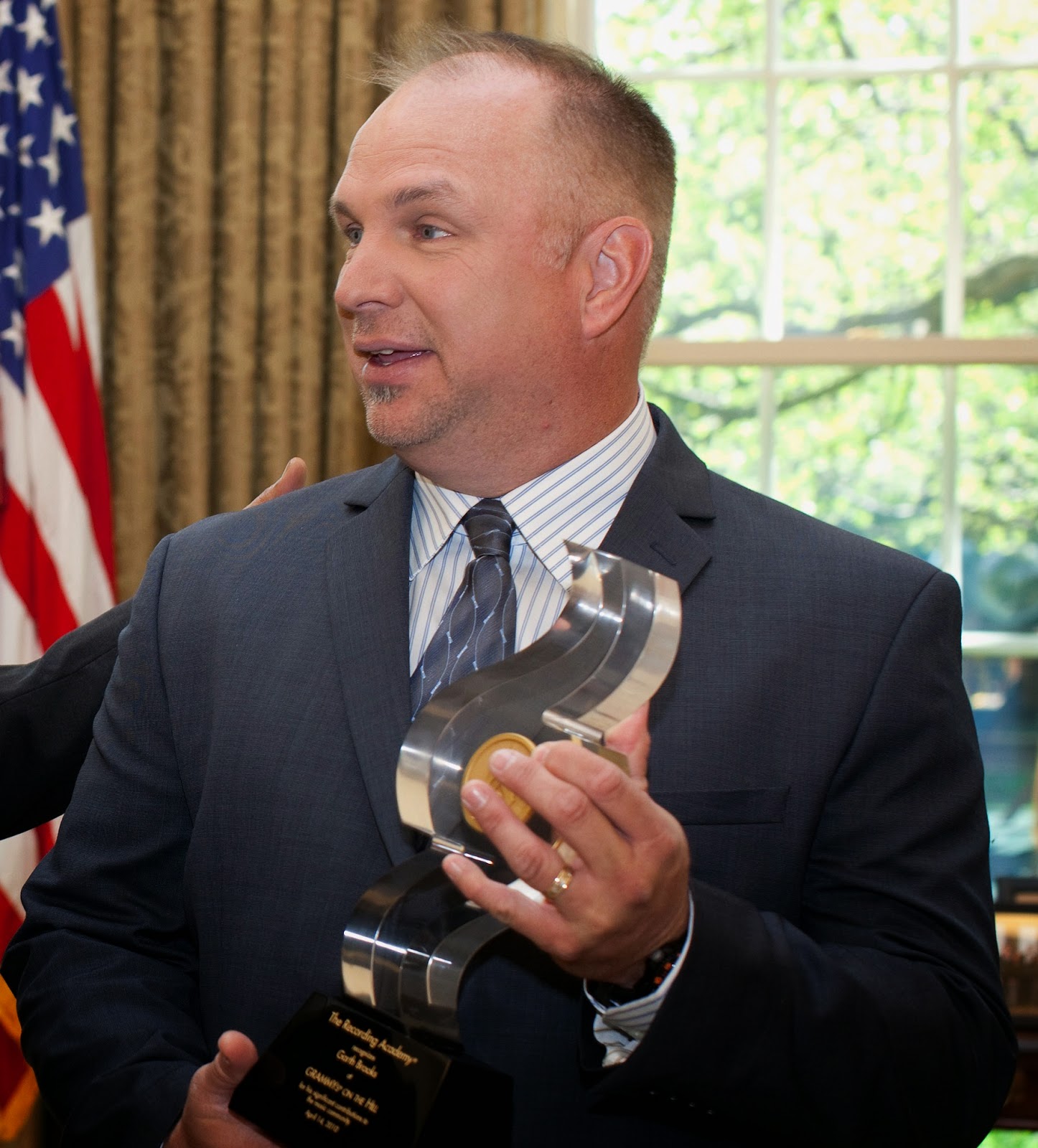 Garth Brooks Comeback
& How On Earth Did Everything Get This Weird?
-Kelcy Salisbury

This was a reply I made to a non-country music loving friend of mine on Facebook. It's unedited so I take responsibility for all typos & nonsense. Thank you Kelly Manning for pushing this to the front of my mind.
-----
Garth Brooks looks like a St Bernard that wears a cowboy hat. But yeah, he was kind of a big deal I guess. I'd still trade him & Clint Black to get Chris LeDoux (the guy Garth pretty well copied his live show from & that's not meant as a slam on Garth) back on this earth.

I'll admit, after I saw your post, I actually watched a good bit of it. I was a little disappointed that he basically only played snippets of songs, but he was personable & engaging & wasn't wearing girl jeans or earrings (cough, Luke Bryan, cough Jason Aldean) and he wasnt using AutoTune, and he carried a show with just him, a guitar & whatever chemical assistance was used...I mean seriously dude, you should NOT be that excited about Jackson Browne! There's some Bolivian Marching Powder involved in that. Jackson Browne doesn't get that excited about his own songs!

I'm pretty interested to see what his next career move is, whether he ever actually drops a new album & what it sounds like. Commercial country music is flailing & drowning in red ink, thus the increasing willingness to throw gimmicks out there & desperately hope one sticks. I'm sorry but Jawga Boyz, FL/GA Line, and about 3/4 of the content on any given hour of CMT programming is not country music, or even anything resembling good music. There's talent in the genre, but it's largely pop talent marketed as (sort of) country (Taylor Swift), relegated to the sidelines because the record companies will not allow them to make & release to radio the music they want (Jamey Johnson) or reduced to making ridiculously bad country-rap parodies (PLEASE tell me that "Boys Round Here" is a parody) like Blake Shelton, Luke Bryan (who is a world class jerk & has an unnerving fetish for dry humping drum kits in a drunken fit of mid-concert copulation fever), Jason Aldean or nearly any male star not named George Strait or Zac Brown.

Folks might not be aware of it, but radio playlists have gotten smaller as Clear Channel has snatched up stations, removed local DJ talent from the equation & created a monopoly of terrestrial radio. As the value of radio airplay dwindles the industry has basically shot itself in the foot (with #00 buckshot) by promoting as stars people who can't sing without computer assistance or engage a crowd or do many other things a star should be able to do. When people are exposed to the true musical talent of even a mediocre musician like Garth (GREAT showman & marketer though), it makes the posturing & pandering of the current Nashville wasteland look every bit as hollow & silly as it is.

When an artist like Jamey Johnson can have the track record of success that he had with That Lonesome Song & The Guitar Song but he STILL can't get into a contract that allows him to choose 100% of his own material there is a huge problem, it's 1970 Nashville all over again & the outsiders are still out there, ready to make people care about country music again. It's coming, and while the standard bearers of the movement (The Great Divide, Bob Childers, Pinto Bennett on through Reckless Kelly, Jason Boland & The Stragglers, Ragweed & a few others) are either no longer performing together or not ideally positioned to be the next wave of truly great country music that achieves commercial success, there is a second generation ready & waiting & they are gonna make some noise when they get on the dance card. The current structure of commercial country music is so far overdue for collapse that it could implode in the next 10 seconds & nobody would be surprised. This means that bands that are accustomed to owning their own material, beating down the highway & playing live 200 nights a year are going to be ideally positioned for success. My money would be on Turnpike Troubadours as probably the smartest bet. They've got the chops, they're still quite young, and their grassroots following stretches world wide & grows daily. There will be plenty of competition, and it could be that they won't even want the crown, should it be offered, I just find it amazing that we have actually reached a point where GARTH BROOKS of all folks could be the tipping point that moves country music in a direction that's better for the music & the artists. If this comes to pass I will personally get a Chris Gaines poster for my office.
The latest nonsense from Farcer at 11:30 AM 0 complaints

This Guy Needs to Visit an Audiologist 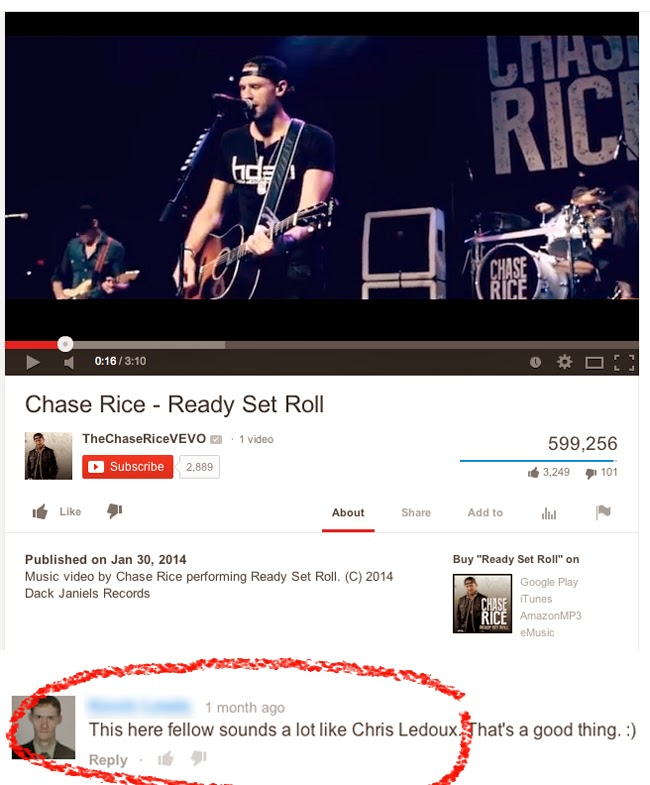 The latest nonsense from Farcer at 3:00 PM 1 complaints