Coworker: "Would you please go to the FGL show with me? Tickets were $125 and my girlfriend can't go"

Why haven't you listened to Lori McKenna's last album yet?

Did you used to like Chris Young and what do you think of his recent music?

What's it feel like with all the live shows getting on the road again?

When Jon Pardi is playing a show in your town, then you see who his opening acts are

When you get that Johnny Cash Mercury box set for Christmas

When your country-hating uncle makes the same old tired "get your dog back, get your wife back..." joke to you at the family Christmas gathering

Just because it's music don't mean it's art

When that champagne punch and homemade eggnog hit

When somebody plays "The Christmas Shoes" at the holiday party 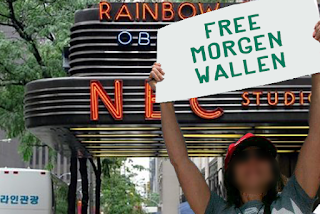 Two weekends ago, Morgan Wallen spent his Saturday drinking and canoodling with sorority girls at the University of Alabama. One weekend ago, Wallen was supposed to make his Saturday Night Live debut, but that didn’t happen. Due to its COVID policies, SNL was forced to replace Wallen with singer/songwriter/guitarist Jack White, and fans of the mulleted pop-country singer are not pleased.

“It don’t exist… Covid don’t exist!” said Laura Hagar of South Carolina, “It’s a liberal hoax to make sure Sleepy Joe wins the election. And now it’s hurt my baby, Morgan!” Hagar has seen over 20 Wallen concerts and even has his autograph tattooed across her C-section scar. “And I seen people on Facebook talking down on him cause he was kissing them girls even though he’s got a new baby. B**ch, life don’t end just cause you daddy. Anyway, I will never watch MBC again. (sic)”

Larry Keel, another Wallen fan, is taking a similar approach. “I’m boycotting Saturday Night Live, starting 22 years ago because that’s when I was born, and I’ve never watched it,” he said. “And I’m not gone start now - they coulda brought him out there in a HAZMAT suit… it’s bullsh**.”

The Morgan Wallen Nation, a fan page on Facebook, has declared that it will boycott NBC, SNL, and all of Saturday Night Live’s sponsors, including Bud Light and Apple. “Axe Body Spray is going to be a tough one, but I’m sure there are options out there to keep us smelling like if tribal tattoos were an odor.” read one post.

“Who the hell is Jake White?” asked one fan on Twitter. “I watched him for 10 seconds and he was to ugly for me too look at. Give me my sexy country boy SNL!!!”

Wallen, for his part, has apologized for his behavior and for ruining his opportunity. “I think I have some growing up to do.” said the singer.

At press time, a subset of his fans have taken exception to his contriteness, calling him a “soy boy” and a “cuck” and vowing to throw their support to Luke Combs. 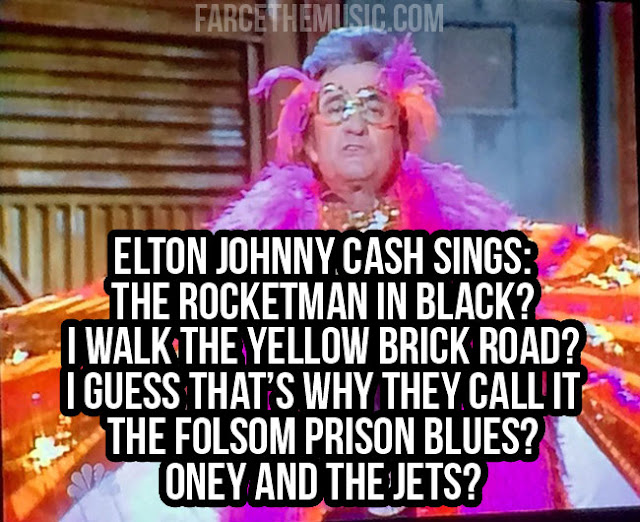 Even more of this couldn't help Florida-Georgia Line

And then what happened to the Knoxville girl? 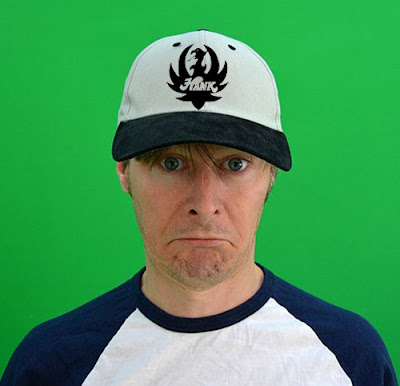 Jimmy Lee Renner, who hasn't intentionally listened to the radio or watched CMT in years, avoids singers born after 1970, and has never sampled a recommended artist on Spotify, was terribly disappointed in Sturgill Simpson's Saturday Night Live appearance.

Vaguely recalling someone calling "some guy with a weird name like that" the savior of country music a few years back, Renner relented after a friend said he might like Simpson's music and that he was appearing on SNL. Renner stayed up past his usual 8 pm bedtime to suffer through "them perverted liberals telling jokes" in order to hear the supposed "country music Jesus." He says his jaw dropped open, spilling several ounces of Miller High Life when Simpson began to perform.

"That ain't how Hank Jr. done it," exclaimed Renner. "This guy had some fruity little jazz band and a crackhead playing an organ and not a fiddle in sight."

Somehow managing to make it another few minutes longer for Simpson's second tune, Renner was even more offended by the rollicking, sweaty performance of "A Call to Arms."

"Is this what they're calling country music these days?" asks Jimmy Lee. "Is he on tour with Luke Bryant or Cole Hunt or whoever? See this is why I never trust anybody but me about what's what. I half expected uh… who's that popular rap singer now? uh, LL Smoothe J to come out and hip hop around on a verse."

When told about Cody Jinks upcoming appearance on Conan, Renner stated "I don't know who Cody Jinks is and I only watch Leno ...once in a while."
The latest nonsense from Farcer at 9:00 AM 14 complaints