Still better than listening to a Sam Hunt song

When your passenger keeps singing "Life is a Highway"

When the song starts out with a fiddle, but then there's a bass drop 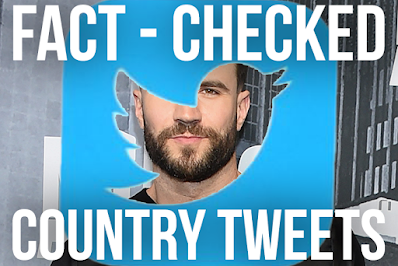 Sent in by Bobby Peacock 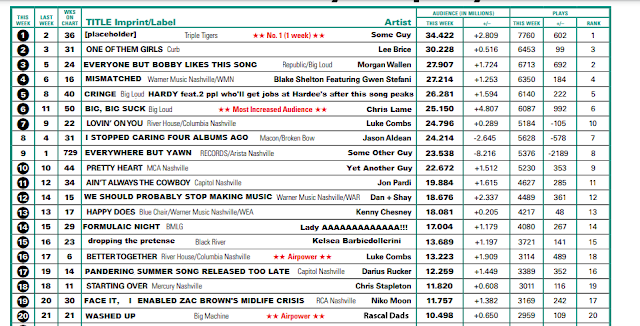 Friend: As soon as this pandemic is over, I'm buying us tickets to the first Cody Jinks concert and the beer is on me.

Why did you go to the Florida-Georgia Line concert?

I haven't even heard Kane Brown's latest single but I

When you drive by somebody who's cranking Luke Bryan

Me picking a country cover song from 2020 to listen to

When she says that if you don't stop making fun of her obsession with Thomas Rhett's music, she'll leave

What it looks like at a Cole Swindell concert

Where I come from, it's cornbread and chicken

When somebody in the laundromat has a Rascal Flatts ringtone

When somebody across the bar plays Kane Brown on the jukebox

When she says she digs your taste in country music

That's the night that the lights went out in Georgia

Chris Young Too Big For His Britches Lately 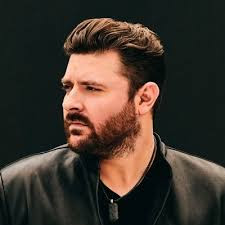 #fakenewsclassic by Trailer - Originally posted on Country California February 15, 2011
According to various sources, since ringing up his third consecutive #1 hit, Chris Young has become quite a diva.

"Voices" has solidified Young's standing as a consistent hitmaker, and he's taking full advantage of his status.

"His backstage rider was typical and manageable up until his song hit the top of the charts," said Knoxville venue manager James Houston. "Then we got faxed a replacement order that very day that was just nuts."

"Originally he'd just asked for a meat and cheese tray, water, cola, and beer. Now, he wanted a boiled shrimp ring, 'real' New Orleans King cake (with a gold baby in it), bottled Arctic ice water, chipped ice, heated massage recliners, ten bottles of chilled special edition Grey Goose vodka… and that was just for starters. We had to have that King cake overnighted to us."

Fans have reported similar behavior. "I wanted an autograph for my niece. He did sign my photo, with a sneer on his face… it looked like 'CRuMy' on there… and then he put his hand out like he wanted a tip," said Alesha Grant of Winston-Salem, NC. "His assistant told me that $5 was a fair amount to ask for 'Mr. Young's' signature… I just walked off. Really, Chris? And what's with the little dog in the man bag?"

Young's new single "Tomorrow" has already been made available to select radio stations, based on criteria chosen by the singer himself. Chris Young's Facebook page had this statement regarding the new single: "Radio stations who played 'Voices' the first time I released it get 'Tomorrow' first... and to all the haters who didn't, you'll just have to wait for the official release. Hate on."

According to Rascal Flatts' tour manager, Young has also asked for extended time for his opening set on their tour, and has been cracking "Gary LeVox is so fat…" jokes at nearly every show.

Currently dating whichever Kardashian sister is single this week, Young had no comment at press time.
The latest nonsense from Farcer at 9:00 AM 0 complaints

Loretta Lynn at nearly every moment of the 70s

Why do you enjoy listening to Luke Bryan?

When she says her first son will be named Waylon